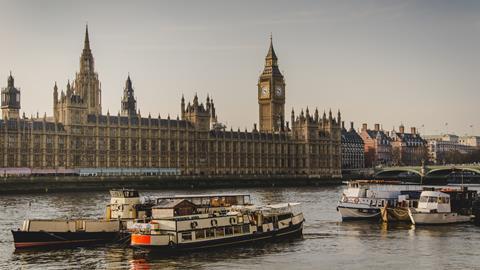 #GettingBrexitDone won’t put an end to upheaval for food & drink

“It’s time to get #GetBrexitDone”, PM Boris Johnson wailed on Twitter today ahead of another round of crucial votes in the Commons. Leaving the EU on 31 October with his deal – he suggested – would allow the government to get on with delivering Britain’s priorities: safer streets, better hospitals and improved schools.

It’s a sentiment shared by lots of Brits, I’d imagine, who are sick and tired of all the political wrangling and game-playing over our exit from the EU. It’s also one shared by business leaders desperate to escape the damaging uncertainty that has strangled investment and pummelled consumer confidence over the past three years, according to Sir Ian Cheshire, chairman of Barclays’ UK operations.

Johnson’s new EU withdrawal deal may not be perfect, he told the BBC today, but it is “acceptable”, and probably the best we are going to get. “It is, I think, very frustrating to see what appears to be a protracted process when most business leaders would like to see some certainty and get on,” he said.

But is being fed up with Brexit a good enough reason to just “get things done” regardless of the consequences? Not according to FDF CEO Ian Wright, who believes Johnson’s new deal is a “backward step in terms of securing frictionless trade with the EU”.

That’s because – unlike Theresa May’s deal – this new EU withdrawal agreement sets Britain on a course for regulatory divergence from the EU, he says.

Such freedom to diverge from the EU on rules and regulations is vital if the UK wants to reach a post-Brexit trade deal with the US, whose agrifood industry is already lobbying around access for hormone-treated beef and chlorinated chicken.

It’s why trade secretary Liz Truss is so enthusiastic about Johnson’s new withdrawal deal, which she argues primes the UK to “unleash opportunity for every corner of our country and open up a new trade drive on the world stage”.

But diverging from the EU – our closest trading partner – on things like food safety and labelling rules would pose a “serious risk” to manufacturing competitiveness and result in “huge new costs and disruption” to UK firms, the FDF warned last week in a joint letter to Brexit secretary Stephen Barclay alongside industry groups for aerospace, automotive, chemicals and pharmaceutical sectors.

It would also seriously damage the chances of the UK being able to successfully negotiate a future trade deal with the EU, thus essentially bringing back the possibility of a no-deal, and returning to WTO terms, after the transition period.

That’s not to say Johnson’s withdrawal agreement isn’t doable. We keep hearing the food and drink industry can – and will – adapt to anything, as long as it knows what to plan for.

But, equally, just “getting Brexit done” won’t necessarily put an end to upheaval and uncertainty for the sector – especially if it puts future trading with the EU at risk.