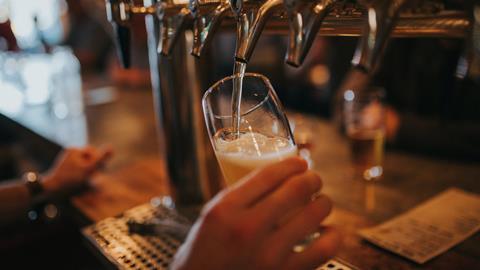 Credit where credit’s due. Throughout the Covid-19 chaos, the government has been admirably consistent in one message. That is: “Do as we say, not as we do.” And it’s been communicated with praiseworthy commitment. Hey, Dominic Cummings didn’t drive all the way to County Durham for the sake of his health.

The clear-cut communique is now being further underlined via the watering holes in the Palace of Westminster. “Parliament’s bars will not be subject to the 10pm curfew or have to gather customers’ details despite the imposition of tougher rules on pubs last Thursday,” The Times reported this morning.

The reason the boozers are exempt? They fall under the description of ‘workplace canteen’. And as The Times explains: “The regulations announced by Boris Johnson last week state that ‘workplace canteens may remain open where there is no practical alternative for staff at that workplace to obtain food’.”

Ah, so it’s a food thing. Makes total sense. Or at least it did until the subsequent U-turn from a parliamentary spokesman: “Alcohol will not be sold after 10pm anywhere on the parliamentary estate.”

Well, at least that timing’s consistent with the new rules for regular bars and pubs – which on Friday saw thousands of tiddly Londoners pack themselves into tube trains shortly after 10pm, in accordance with government’s latest efforts to stymie the spread of coronavirus.

Meanwhile, revellers up and down the country piled out of hostelries and eateries over the weekend to party in the street post-curfew, topping up in jam-packed convenience stores.

Not surprisingly the new closing time has been widely criticised as meaningless – not least by scientists, none of whom were consulted on the matter, according to The Independent.

Wholesalers have also denounced the curfew, albeit for different reasons. They’ve called it a “body blow”, warning it could set back foodservice’s recovery by months. FWD CEO James Bielby told The Grocer the new restrictions would put intense pressure on the wholesalers who service the hospitality sector, many of whom had barely recovered from the initial three-month lockdown.

That recovery could be further hindered if – as widely reported today – emergency government measures force pubs and restaurants across London and the north of England to shut for at least two weeks.

Whether it will come to that remains to be seen, of course. And the future of the curfew is also up for debate – if a Daily Mail story is to be believed.

The prime minister is under extreme pressure from Tory party donors, the tabloid reports. The likes of billionaire financier Michael Spencer “have lined up to accuse Boris Johnson of damaging the economy with his handling of the virus crisis”. The criticisms come in response to the 10pm closing time, the Mail points out.

So, who will the PM listen to? Supposedly, it’s a question of deciding, policy-wise, between scientists and the Treasury. Except that it’s neither.