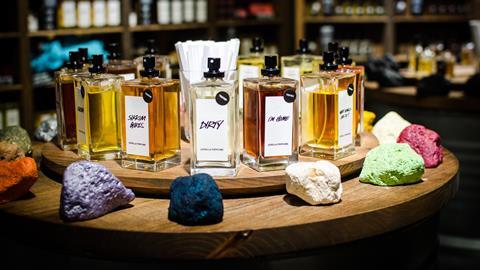 For many shoppers, Lush is all about the in-store experience: the heady haze of scented bath bombs; the maniacal smiles of overattentive shop assistants; being persuaded to try a cocktail of lotions and potions from various tiny tester pots. All of which raises the question: will ditching social media make any real difference to the brand?

Last week, the retailer announced it was scrapping Facebook, Instagram, TikTok and Snapchat until the social media sites enforced action to “provide a safer environment for users”.

It’s not the first time Lush has pulled this stunt – it quickly u-turned on a 2019 social media ban. But the retailer this time stressed its resolve had been strengthened by “courageous whistle-blowers”, who had laid bare the “known harms that young people are exposed to” on such sites.

The problem is that Lush isn’t the biggest of hitters on social media in the beauty and bodycare space – it has 659k followers on Instagram, compared with Boots and Superdrug, which each have more than a million followers, and The Body Shop, which has 2.3 million – so its moral stance won’t likely cause Mark Zuckerberg to lose much sleep.

Plus, by taking a stance, it will forfeit the obvious benefits of social media: boosting brand awareness and initiating valuable conversations with consumers and other businesses (including those on the power and responsibility of social media companies). When Poundland moved away from Twitter in favour of Instagram, it recognised that consumers would continue to use Twitter to raise concerns and so kept its account to use as a customer service channel – something Lush appears set to deny itself.

While the pros and cons are debatable, a direct line to its customers seems a hefty price to pay.

On the other hand, beyond the ethical implications of posting on sites being linked to having a detrimental impact on young people’s mental health, one compelling mark in favour of axeing social media departments is cost. They are expensive to run, and perhaps, past their prime.

Research shows that the power of social media in managing customer relations is waning. In an analysis of 100 of the UK’s top brands conducted by Twilio, 46% of retail brands saw decline in social media customer service conversation volume from July 2020 to July 2021. Last year, Twilio found that businesses planned to add an average of 3.5 new communication channels to their customer engagement strategy, which might have contributed to this decline in interactions.

Lush is not the first to move away from social media. Wetherspoon ditched its social media accounts back in April 2018, linking the move to bad publicity surrounding social media including the “trolling” of MPs.

Others, however, have decided to innovate and wield their power over social media platforms in more effective ways. In July 2020, more than 1,100 businesses, including the likes of Unilever, Diageo and Pernod Ricard, pulled their advertising on Facebook following the Stop Hate For Profit campaign, which accused the social media behemoth of failing to address hateful and racist content on its platform. Facebook scrambled to appease its clients, agreeing to hire a VP of civil rights, expand its ban on inflammatory ads and find and remove groups that promoted racism.

The lesson? Lush’s no-social media stance might save it some cash. But it will cost face time with consumers, and for what? It’s going to need some help from the big guns to get Zuckerberg’s attention.