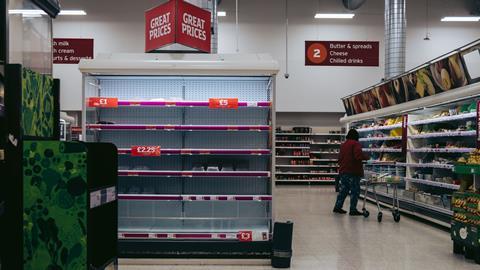 If the Premier League had been decided in February, Leicester City would have cruised through to next season’s Champions League. Sadly, for Brendan Rodgers’ team it wasn’t, and by the end of the season they’d lost out.

It’s a different story for Sainsbury’s. Because today’s GCA league of retailer behaviour was decided by a YouGov poll of suppliers in February. Which means Sainsbury’s has knocked Aldi off its perch at the top for the first time since the survey began in 2014 – scoring an all-time high 98% for compliance – despite currently being embroiled in a post-lockdown standoff with suppliers.

The irony will not be lost on suppliers who, as The Grocer previously revealed, have accused Sainsbury’s of asking them to contribute up to a fifth of sales turnover as it launches a major range reset to compete with the discounters and rival supermarkets. They claim they were given as little as seven days to agree to the move, which follows similar gambits from Asda, Morrisons and Tesco.

Reassuringly for suppliers, Adjudicator Mark White is clearly aware of the glaring gap that exists between the picture of serenity painted by today’s league table and the brutal backdrop they are currently facing. What’s more, his language today suggests it won’t be long before action is taken against one or more retailer.

Not only did White appeal for suppliers to come forward with more evidence, but he offered to give out the personal email of Sainsbury’s commercial boss Rhian Bartlett, so suppliers could go to her if they didn’t have faith in the CCO.

Judging by what The Grocer has heard from suppliers, she might have quite a full inbox fairly soon.

While it might not reflect the current state of play around price wars and range resets, the GCA survey (which attracted a record 2,600 responses) does expose the problems caused by Brexit.

No fewer than 400 suppliers complained of issues, with almost one in 10 claiming they have had supply agreements retrospectively or unilaterally changed by supermarkets since our exit from the EU.

Suppliers have long feared they would be forced to carry the can for Brexit, and it will be fascinating to see if the Adjudicator has the teeth – and the evidence at his disposal – to step in.

Just last week, The Grocer reported that Tesco was asking some suppliers to start shipping directly from Great Britain into the Republic of Ireland, from where the supermarket will transport their goods north of the border, to slash costs.

“It sounds like they’re passing the s*** down the road,” was the blunt observation of one logistics boss.

As a former high-powered lawyer, White will no doubt be looking for something more legalese in his search for evidence, with a round of talks with CCOs due next week.

Just like his probe into Sainsbury’s, what happens next looks set to define the next chapter of the GCA. Something no league table could ever do.