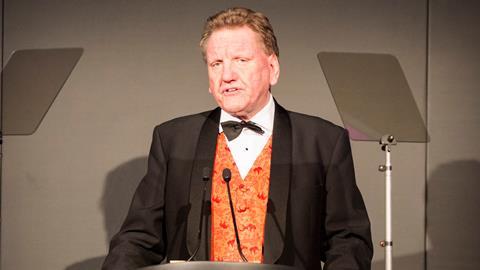 When former Diageo corporate affairs boss Ian Wright joined the FDF as director general in 2015, he was facing calls from many in the industry for the trade body to start punching its weight.

One senior source at the time told The Grocer: “FDF members have been pulling their hair out at how invisible it’s been. It’s been desperate not to rock the boat, which has allowed the health lobby to have a field day.”

On Friday, after six years at the helm, Wright told members he would be stepping down later this year. One thing even those he may have rubbed up the wrong way can’t accuse him of is being afraid to rock the boat.

Wright has become one of the industry’s most prominent figures in what he describes as a “tumultuous” period, with the organisation at the heart of concerns over Brexit and the battle to feed the nation during the coronavirus pandemic, as well as the wars on plastic and obesity.

Whether it has been taking apart Jamie Oliver on Newsnight, warning in often apocalyptic terms of the chaos looming from Brexit or admonishing ministers for their sometimes shambolic handling of the pandemic, Wright has overseen nothing short of a transformation of the federation.

That’s included the introduction of an industry roundtable representing dozens of other trade groups, a vast expansion of its membership, tackling the body’s once-precarious financial situation, and moving from its old HQ in Covent Garden to new offices in Bloomsbury Way.

Yet it is Wright’s ability to put the food and drink industry at the centre of the debate that has been perhaps his most noted achievement – and that’s come from being more than just an entertaining political bruiser with a knack for witty one-liners.

Yes, he may have called Oliver “ridiculous”, the head of the NHS “rude” and branded the former boss of the World Health Organization a “communist”, but Wright has also been a prolific spokesman for the industry’s fears over the impact on trade from our EU exit.

He has helped to persuade and cajole ministers, despite his regular attacks on their incompetence, to listen to the needs of a workforce that unwittingly went from everyday employees to national unsung heroes because of the Covid crisis.

Wright, who prior to joining the FDF was at Diageo for 14 years and Boots before that, has shown it takes not only bottle for the fight but a concerted issue-based agenda for trade bodies to have an impact in the corridors of power.

Typically, the man who also held political communications roles with the SDP and the Liberal Democrats, as a staunch former ally of Nick Clegg, is promising not to go quietly into the sunset, as he ponders his next move.

“I’m not going to be sitting back on the sun lounger with my cigar and champagne,” he says. “This is going to be another six months of hand-to-hand combat.”

And with the pandemic far from over despite the gradual easing of lockdown, the full impact of Brexit on the ports still yet to emerge, as well as looming battles to come over sustainability and health, it is going to be vital for the FDF to find the right successor.

It’s highly unlikely to find such a colourful and outspoken leader, but it must find one equally determined to put the food and drink industry right at the heart of the matter – even if they are not so naturally suited to the field of hand-to-hand, or verbal, combat.