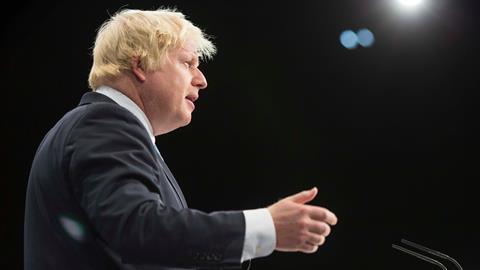 The roles are virtually identical – a range of sector-specific groups brought together to discuss sector-specific trade issues, though this time around there is one especially for agri-food, made up of 31 industry bods.

The obvious question is, therefore, why replace them at all? The answer raises worrying questions about the attitude this government is taking towards trade talks.

Firstly a bit of background. ETAGs were set up last year by Liz Truss as means of bringing sector-specific expertise closer to the UK’s trade negotiations. Although not directly involved in talks and with no official powers for decision-making, each of the 17 ETAGs enabled a group of sector-specific experts to come together to discuss technical trade policy matters, both with government and each other.

They garnered significantly less attention than the likes of the trade and agricultural commission, but were a positive step by government in bringing relevant experts into the fold and allowing them to inform the UK’s trade position for talks with Japan, the US, Australia and New Zealand.

But they are now gone, shunned after members reportedly refused to sign sweeping non-disclosure deals that would bind signatories for at least seven years. The deals were far more extensive than typical gagging orders, according to Sky News, which saw the contracts, and could be extended by the trade department at any time.

The revelations were a surprise to some given Boris Johnson’s very public disavowal of NDAs for the Brexit process last year, stating “ministers believe that they hinder constructive debate and exchange of information”. Just not, it seems, when it comes to talks with Donald Trump.

Truss told a Lords committee last year that the groups’ failure to sign NDAs had made it difficult to share negotiating details with them, and reports from Politico suggest Truss has made it a precondition for gaining a seat this time around.

The government’s insistence on privacy is deeply troubling, for two reasons. The first is practical, and an issue often raised by trade bodies, namely that signing NDAs can inhibit their ability to tell members how to prepare for Brexit. It was the reason that the (ETAG member) Trades Union Congress refused to sign. But while this is of course not ideal, the most pressing issue for businesses at the moment is the state of the EU talks.

The second issue is more existential, and arguably far more concerning. It is the government’s desperate attempts to avoid scrutiny as it ploughs headfirst into negotiations in which it is remarkably out of its depth. Johnson has already sought to ensure MPs do not have sight of any prospective deals, but by forcing NDAs upon its trade advisory groups, it seems it is looking to ensure details cannot leak out by any means.

It is not only troubling for the basic principles of democracy: any trade deal with the US stands to affect us all through the food we eat, the medicines we consume, and the personal data we share, and the public deserve to know to what their government has signed them up to. Not even the most ardent Brexiter voted to leave a perceived unaccountable European regime, simply to answer to another one here at Westminster.

But because a US trade deal is, and always will be, immensely controversial, it is therefore more important than ever that the government opens itself to scrutiny, if nothing else to build a consensus around whichever path it chooses. As in any trade deal, there will be winners and losers, and only by being open about who these are can the government expect the public and industry to come together and form any sort of consensual backing.

The government argues that NDAs are necessary so that trading partners like Washington cannot find out the UK’s position. Fine, but why make them last for seven years? Is it Johnson conceding a US deal may not in fact be concluded next year, and could perhaps even run beyond the next UK election, four years away? Or is it simply a government desperate to avoid scrutiny at all costs? Whichever, it’s unlikely to do any of us many favours in the long run.