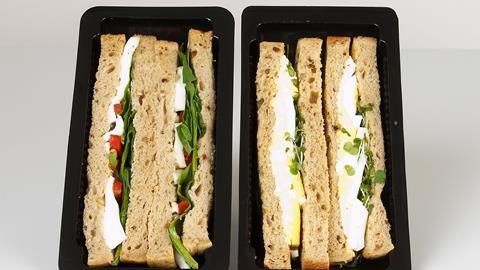 Why did it take a tragedy to prompt action on listeria?

Having let go of his dream to become the next prime minister by quitting the Conservative leadership race last Friday, health secretary Matt Hancock crashed back to the real world with a thump as it emerged another two hospital patients had died in a listeria outbreak linked to pre-packaged sandwiches.

Admitting that “staff, patients and families deserve so much better”, Hancock said he believed there needed to be a “radical new approach” to the way hospitals served food, and ordered the NHS to conduct a “root and branch review”.

Which is great. But given this isn’t the first outbreak of listeria involving pre-packed sandwiches in a hospital, it does raise the question of why it’s taken this long for the authorities to sit up and take notice.

The dangers of serving chilled food to seriously ill patients were highlighted five years ago in an FSA report, which found there were nine outbreaks of listeria in hospitals between 2003 and 2012 – almost all of which could be traced back to sandwiches.

Listeria is prevalent in the environment and occurs naturally in some sandwich ingredients like salad leaves. So it’s almost impossible to eliminate it entirely. And while the sandwich industry operates strict controls to reduce the bug, and is “probably one of the most clinically clean sectors of the food industry”, according to British Sandwich Association director Jim Winship, products with traces of the bug will occassionaly slip through the net.

Generally, that’s not a problem. According to FSA research, when food products become contaminated with listeria in a processing plant, it’s generally at levels too low to cause illness. So in order for an outbreak to occur, there must also be a failing in the cold chain, which allows the bug to multiply to levels sufficient to cause illness.

And therein lies the rub. Most food manufacturers and retailers operate strict cold chain controls, which reduce the risk of the bug multiplying to dangerous levels. But hospitals do not.

In fact, the 2014 FSA report warned food safety at ward level was “repeatedly a contributory factor” in hospital outbreaks of listeria. It found evidence of serious breaches in food safety and cold chain integrity in the hospitals involved in listeria outbreaks, including sandwiches being left outside after delivery rather than being put straight into fridges, inappropriate storage of food in patients’ bedside lockers and chilled display units in coffee shops operating at above 8°C.

The findings prompted the FSA to publish new guidelines for healthcare providers warning about the risks of serving chilled ready-to-eat foods to vulnerable patients and urging hospitals to ensure sandwiches and salads were kept at temperatures below 5°C from delivery through to service.

The BSA has gone even further and currently advises hospitals not to serve sandwiches to vulnerable patients unless a clinician rules there is no risk, says Winship. “We, among others, have been warning the NHS for probably about 10 years about this situation, if not more,” he says.

But the BSA’s advice and the FSA’s guidance appears to have fallen on deaf ears. Hospitals continue to offer sandwiches to vulnerable patients and anecdotal evidence suggests many are still not operating strict enough cold chain controls.

This isn’t fair on sandwich manufacturers supplying hospitals, who get blamed when an outbreak occurs even if the cold chain failure happened when the product was out of their hands. But, even more importantly, it’s unfair on the patients relying on the healthcare system to keep them safe.

Listeriosis might still be a very rare disease in the UK, with just 135 cases in 2017, according to PHE. But – as this latest outbreak has shown – it’s very dangerous indeed. Almost a quarter of cases in pregnant women result in miscarriage or still birth, and non-pregnancy related cases have a 30% death rate.

So it’s high time the NHS reconsiders whether serving sandwiches and salads to seriously ill patients is worth the risk. It’s a shame it’s taken such a big tragedy for the government to act.