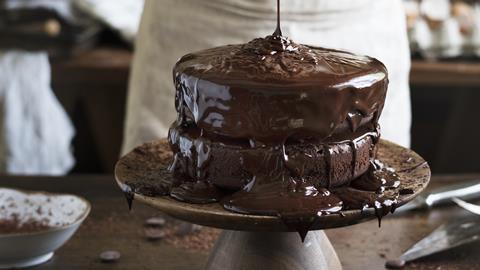 Not every sponsor of The Great British Bake Off has seemed a good match for the show.

Tate & Lyle and Dr Oetker, joint sponsors in 2017, seemed perfect. What could fit better than baking products and a nice cup of tea?

Less so, e-commerce leviathan Amazon, which took over in 2018.

And now, a German discounter is taking the baton.

But if that notion seems in any way incongruous to you, then you will also see why Aldi has played such a blinder in becoming the show’s exclusive broadcast sponsor for the 2020 series.

For a start, lockdown has got the whole country baking. Value sales of home baking products soared 49% in the 12 weeks to 14 June [Kantar], with flour growing fastest.

Not that Bake Off needs the boost. Last year’s series drew nine million viewers per episode and a 35.6% share of audience, peaking at 9.8 million and a 37.6% share for the final episode.

The show is a particularly strong draw for younger viewers, attracting a 60.1% share of 16 to 34-year-olds in 2019. It lays claim, in fact, to being the second biggest series of 2019 for young viewers across all channels.

It’s not the young viewers or baking specifically that will have appealed most to Aldi about the deal, though. The discounter already overtrades with young families, with market share of around 11%, compared to 7.9% overall.

Of course it would always welcome more, while home baking has become a hugely important category to the discounter in the past five years. In 2015, Aldi didn’t list any baking kits – this year it expects to sell a million of them.

But the real pull of the sponsorship deal to Aldi will be broader. It promises to feed three key metrics Aldi wants to drive in terms of people’s perception of the brand: Britishness, quality and range.

Aldi has a commitment to sourcing products from the UK, including its entire core range of fresh meat and milk. It claims to be the market leader in the amount of fresh produce it sells which is British. Does the average consumer know it? Possibly not, but more will soon.

Home baking itself, and the expertise nurtured by the show, brings with it associations of quality, another adjective Aldi strives hard to be linked to.

Meanwhile, people who don’t know about Aldi’s baking ranges probably don’t know Aldi. Raising awareness of the former will also highlight to those people the breadth of the range as whole, challenging the preconception that you can’t do your whole shop at a discounter.

Then there is the timing, which will be fortuitous from Aldi’s perspective. Filming of the show was delayed by three months by the pandemic, something Aldi could not have predicted when the deal was negotiated. It means that what would have been a summer show is now set to run from September to November.

Landing the message of Britishness, quality and range to such a massive audience – young or old – would have been important to Aldi at any time. To inadvertently land it in the run-up to Christmas is a marketing hole in one.