All the winners of The Grocer’s New Product Awards 2021 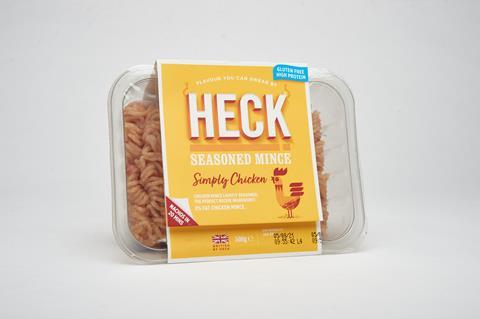 With its new chicken mince, launched in August 2020, Heck has understood that the nuanced motivations behind a new swathe of flexitarians reducing red meat in their diet, just as driven by health as by other concerns. This lean and lightly seasoned mince will appeal enormously to that demographic, versatile enough to use in everything from a Bolognese to a chilli or lasagne, but also only 3% fat, high in protein, and gluten and dairy free, making it arguably a much healthier alternative to beef. They’re also the first to recognise such an opportunity with chicken too, with the brand claiming to be offering the first seasoned chicken mince available in UK supermarkets.

As well as winning this category Heck’s seasoned mince was the highest scoring product in the entire competition and as such won the Champion of Champions award. With a delicious flavour the mince is a healthy and highly versatile product. It’s great for allergen suffers too as it is dairy and gluten free. The product packaging also has an innovative flap with recipe ideas allowing buyers to make full use of the many options of use. Adam Leyland, editor-in-chief of The Grocer said: “Best known for its sausages Heck has brilliantly diversified and this chicken mince is a really great example of how great branded execution can turn a commodity item into a powerful value added proposition.”

With thanks to our sponsors

All the winners of The Grocer’s New Product Awards 2021