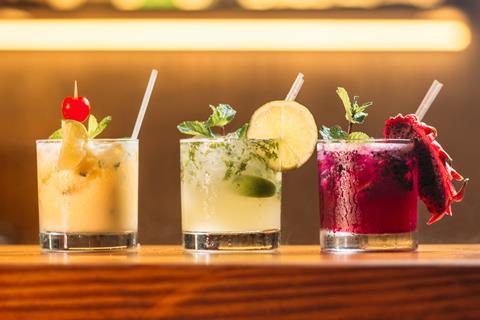 The retailer has given its spirits range a shake up

Tesco has given its spirits offering a major shake-up introducing a swathe of new listings for the new season and giving others the boot.

Latest Edge by Ascential data shows new listings at the retailer for some 40 new spirits over past weeks, with a particular focus on trendy flavoured options [52 w/e 13 October 2020].

Dead Man’s Fingers has netted two listings for both its mango and pineapple rum SKUs, alongside Kopparberg’s Cherry Spiced Rum and Spiced Rum with Dark Fruit, both of which launched this year.

Other new additions include two flavoured rum liqueurs from Palm Beach, a duo from Edinburgh Gin and a host of seasonal gift sets.

A Tesco spokeswoman said the retailer “always looks to offer our customers new and exciting products”.

It had seen rum and flavoured spirits grow in popularity, and thus added “some great new products” such as Wildcat Vodka and Dead Man’s Fingers rum in mango and pineapple as well as festive flavours in the form of Courvoisier De Luxe and Jura winter edition, which is exclusive to Tesco.

The move wasn’t without its casualties: data shows approximately 25 SKUs have so far lost their space on shelf to make way for new additions, including the likes of Whitley Neill’s Parma Violets Gin, Baileys Strawberries & Cream and Silent Pool Surrey Hills Gin.