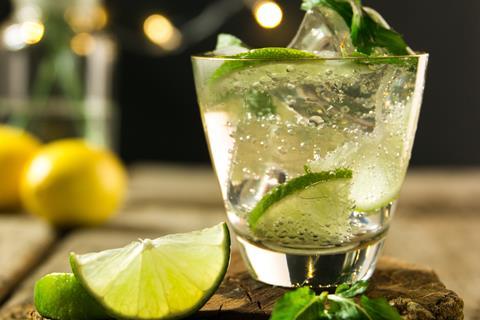 Hard seltzers have taken the US market by storm, and are beginning to make their mark in the UK

The retailer plans to significantly ramp up the space given to boozy sparkling water brands, which are growing in popularity in the UK, having already taken the US by storm.

Confirming the move, a Tesco spokeswoman told The Grocer the retailer was “excited to launch a range of hard seltzer drinks this summer, which will provide the perfect option for customers looking for a lower-calorie, refreshing drink”.

Morrisons has already launched hard seltzer fixtures in 200 stores in January, but so far has populated them largely with Mike’s Hard Sparkling Water SKUs, which are being distributed in the UK by AB InBev.

However, it is understood Morrisons plans to add further brands over the year.

Past months have seen a swathe of hard seltzer NPD, from small and big players alike, hit the market.

Many of these come in at 100 calories or fewer per can, and are being touted by suppliers as a healthier alternative to traditional alcoholic drinks.

Launches range from the likes of startups such as Drty and Bodega Bay to Mike’s trio of drinks and Kopparberg, which rolled out spin-off hard seltzer brand Balans in January 2019.

The Grocer also previously revealed that US market leader White Claw was eyeing a UK launch after its owner, Mark Anthony Brands, applied to register White Claw as a trademark with the UK Intellectual Property Office.

In the US, hard seltzer volume sales have outgrown those of vodka, the country’s largest spirits category, and consumption could triple by 2023, according to drinks industry analysts IWSR.