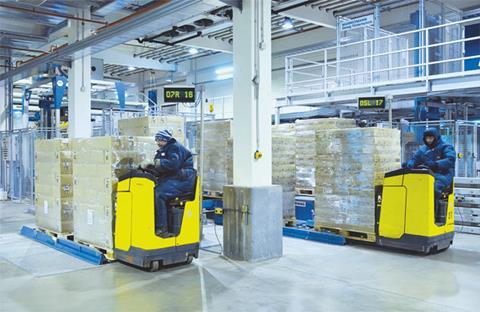 Suppliers face six months of Brexit limbo as they decide whether to run down stockpiles built up to safeguard against a potential no deal.

The government’s negotiation of an extension until 31 October has meant many manufacturers are stuck with extra stock, whilst those that gambled by doing nothing to prepare for Brexit look set to have the last laugh, senior industry insiders said this week.

The Grocer has learnt some suppliers have begun selling their stockpiles now the immediate threat of a no deal has been lifted, but many are understood to feel they have no option but to hold onto stock, leading to a state of paralysis across the sector.

“This whole thing is a disaster,” said one UK logistics boss.

“After the extension to Brexit everything has just frozen, nothing is happening, nobody is transacting.”

Charlie Pool, CEO of Stowga, which bills itself as the Airbnb of warehousing, added the result of the extension had been to heap misery on those who had stockpiled.

“Everybody is just in a state of limbo,” said Pool. “Some suppliers took a big risk by not stockpiling and it looks like that’s going to pay off for them.

“The smart alecs will say that they always knew the government wouldn’t allow a no deal, but for those who stockpiled there is a massive double whammy.

“They have spent a huge amount of extra money on space and stockpiling products they wouldn’t normally buy.

“Whereas a load of people gambled and let it go to the wire. If we had crashed out I don’t know what would have happened to them but now they will feel vindicated.”

Bidfood CEO Andrew Selley told The Grocer it would begin selling its contingency of stockpiled goods, although he said the additional storage space the wholesaler had secured would be kept.

“With a six-month delay we will sell through the stock we have bought,” Selley said. “We will keep our storage options available and review again in July as to where negotiations have got to and whether we need a contingency for the end of October at that point.”

FDF chief executive Ian Wright said: “Clearly the delay is not ideal and means a lot of continuing uncertainty for suppliers, but I’m still concerned that it is vastly preferable to the alternative of no deal.

“It’s true that is some ways those who have taken sensible precautionary measures now feel they have been punished, but I can tell you that as the clock ticked down to a potential no deal there were major business leaders running around waving their arms at the unfairness of it all, not havig taken those measures.

“There is a school of thought that suppliers that didn’t do anything have benefited but if there had been a no deal they would have gone out of business. Those that did may be facing six months of limbo, but at least they live to fight another day.”

Jonathan Kittow, director of consultants Simply Supply Chain, said lots of suppliers were now stuck with large amounts of stockpiled goods, with little option but to wait on what to do next.

“Until there is some sort of certainty over the way forward, the majority of companies that have stockpiled will keep those stockpiles , even though for a few months at least the threat of a no deal seems to have been lifted.

“Perhaps some companies with shorter lifespan goods may look to sell some of those stockpiles, but most will hold fire.”