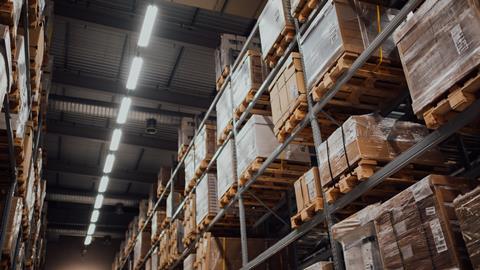 Prompt payment could be the difference between survival and oblivion for some SME food and drink suppliers as cashflow stretches to breaking point in the wake of the coronavirus pandemic.

However, many of fmcg’s biggest players are still far exceeding the recommended 60-day limit set out by the Prompt Payment Code, according to analysis of the government’s latest payment practice data by The Grocer.

Supermarkets on the other hand took an average of just 42 days, paying at least 95% of their invoices within their agreed terms to boot.

But do the numbers tell the whole story? Are supermarkets really the heroes of Covid-19 while big suppliers are the pantomime villains? And is the current crisis likely to worsen or improve the late payment problem?

Daniel Bellis, a senior policy adviser at the Federation of Small Businesses (FSB), says the food and drink industry is slightly better than average when it comes to late payment.

“But almost every sector is a poor payer, so it is no endorsement to be better than average,” he adds. “It is very easy to damage the supply chain, and during coronavirus it is harder than ever for small suppliers. If businesses aren’t careful there won’t be a supply chain to come back to in some cases.”

A majority of small businesses (62%) have been subject to late or frozen payments during the coronavirus outbreak, according to the latest FSB study of more than 4,000 firms across all sectors.

SME late payment ballooned a staggering 80% to £23.4bn, with businesses facing a total bill of £4.4bn a year just to collect the money owed, the latest figures from Pay.UK showed. And the number of SMEs experiencing overdue payments has hit 54%, the highest level since 2015.

Of the 19 fmcg manufacturers we looked at, 13 improved the time taken to pay in the latest six-month period and 12 also brought down the percentage of late payments. However, 16 of the firms were still well above 60 days and seven paid 30% or more of their invoices outside agreed terms, with Hovis on 60%, Burton’s on 52%, Magners on 51% and Britvic on 48%.

“Cashflow is essential to the survival of SMEs, now more than ever,” says Ged Futter, director at consultancy The Retail Mind. “If you are being paid by a supermarket within 45 days and you are paying your own clients within 90 days, it doesn’t seem like the best way of doing business for those further downstream.”

The longest payer was brewing giant AB InBev UK, which took 120 days on average to pay, compared with 132 a year ago, according to its latest payment report.

A company spokeswoman points outs the figure is driven by large businesses and intracompany payments, which make up 83% of invoices. The group has also changed payment terms for small and micro suppliers, moving them to 60-days.

She adds AB InBev UK is working towards cutting late payments – which stand at 14% (5% when removing intracompany payments) – to below 10%.

Unilever, Diageo and AB World Foods all remain suspended from the Prompt Payment Code, which requires signatories to pay 95% of suppliers within 60 days, to aim towards 30 days and to encourage good payment practices across supply chains.

Unilever, which latest data shows reduced average days from 62 to 60 and pays 97% of invoices on time, insists the way it did business didn’t change “in any way” before the late-2019 suspension, with all payment terms mutually agreed up-front.

The Persil and Ben & Jerry’s owner says it prioritises smaller suppliers, SMEs and charities with payment terms of 30 days, which the PPC took into consideration in the past. “We believe we are still fully honouring the spirit of the code,” Unilever adds.

Passing on the pain

David Sables, CEO of Sentinel Management Consultants, points out big suppliers are just “passing on the pain” of long payment terms they receive from the supermarkets, which are “the big offenders” on this issue.

“Big suppliers get better terms from supermarkets than they give to their own suppliers, which gives them a cashflow win,” he says. “It is free working capital effectively. They are running their business with their suppliers’ money. But the biggest offenders who work with other people’s money are the retailers because they get paid by their customers instantly at the till.”

Sables adds the 45-day supermarket average “hides a multitude of sins” as immediate or short terms for small suppliers conceal the longer payment for most other suppliers.

At any given time, the big four supermarkets alone have debts older than 30 days due to suppliers of about £4bn, he adds. “Businesses in the food supply chain have been suffering from late payments by large supermarkets for decades.”

Bellis at the FSB argues it doesn’t help to have lengthy terms at the very top of the supply chain. “A rising tide lifts all boats,” he adds. “Only focusing on SMEs misses the bigger picture, they need to pay large companies quicker as well.”

Only Tesco, Asda, M&S and the John Lewis Partnership are currently signatories to the PPC from the big retailers – Central England Co-op is also signed up and Sainsbury’s requested to be removed from the code in December 2019.

Table: how do supermarkets compare on prompt payment?

Small Business Commissioner Philip King, whose office is now in charge of the code and helps SMEs resolve disputes around late and unfair payment issues, highlights the good work done by Morrisons during the coronavirus pandemic.

Morrisons was the first supermarket to bring in immediate payment terms for its 3,000-plus small suppliers, with other retailers following soon after.

The supermarket has also extended the temporary move, which has already cost it £50m, for a further three months until September in recognition of the continued strain caused by the shutdown of the hospitality and foodservice sector.

“Astute businesses across the board recognise the importance of keeping their supply chain alive,” says King, who has helped collect almost £600,000 for SMEs through the SBC office since lockdown began.

“The risk is if you don’t pay them, they won’t succeed, and the supply chain diminishes and contracts. That is in no one’s interest. As we come out of Covid, big businesses are going to need small businesses that are agile, flexible and fleet of foot; if they are no longer there, there is going to be a real challenge for them and for the economy.”

Sainsbury’s scrapped its commitment to immediate payments from 15 July, but stressed it was moving to permanently shortening terms for smaller suppliers to 14 days, which means they are better off now than before the Covid-19 crisis started. The supermarket also encourages all suppliers to talk to it if support is needed.

An owner of a mid-sized ambient supplier on standard 60-90-day terms says he asked all the supermarkets for faster payment to help the business through the lockdown and was given seven-day terms.

“I’m forever grateful,” he says. “They really saved us. It meant the business had more of a sure footing at a time when, with the loss of out-of-home business, there was a real cash crunch.

“Now that the worst is over, I think it’s completely reasonable for Sainsbury’s and other retailers to adjust their terms again. Anyone trading with Sainsbury’s should be doing okay. Any business that hasn’t got their act together by now doesn’t deserve preferential treatment.”

Covid-19 has already led to delays to late payment reform by government: a first reading of a new bill took place in the House of Lords in January but has since stalled and a BEIS consultation has also been put back to later in the year.

Table: how do food and drink manufacturers compare on prompt payment?

The FSB, in its ‘Late Again’ report, calls for additional powers for the Small Business Commissioner to investigate and fine repeat late payment offenders, as well as making 30 days the standard definition of prompt payment in the PPC.

Swift at accountancy firm Moore predicts late payment of suppliers is likely to get worse over the next few months as some large businesses use an economic slowdown as an excuse to delay payments even longer.

And as a price war between Tesco and Aldi looms, already squeezed suppliers will be worried about collateral damage.

The Grocer’s latest research into payment practice data shows some improvements at retailers and big suppliers, but the momentum must be maintained and more need to sign up the PPC.

“There will be a temptation on some big businesses to use their supply chain to help them through the difficulties of recovery and we need them not to do that,” King adds