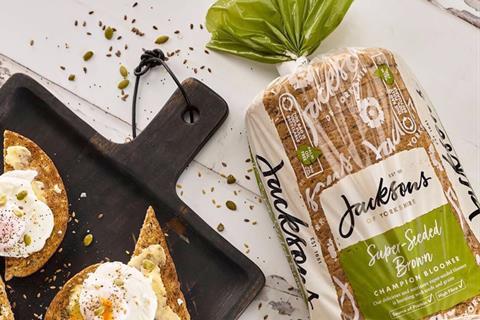 Jackson’s already has a limited presence in Co-op

Jacksons has won the lucrative deal to supply the Co-op’s own-label bread after the retailer’s impending split with current supplier, Kingsmill owner Allied Bakeries, The Grocer has learned.

The arrangement includes a tie-up with Warburtons, whereby it will use the baker’s logistic network and distribution hubs to deliver bread to the Co-op’s 4,000-plus stores.

The move will make Jacksons, which already has a limited presence in the Co-op for its Yorkshire’s Champion bread range, a major supplier for the retailer.

“The key is the wheels,” said one senior industry source. “That’s the big cost in bakery goods.

What next for Allied Bakeries after losing the Co-op contract?

“The Co-op contract is especially expensive to service, but I’ve no doubt that Warburtons will be able to secure exclusive branded distribution as a result of this deal, at least in terms of major brands, so it’s a win-win-win: for the Co-op, for Jackson’s and for Warburtons.”

All three brands have confirmed the news, Co-op director of chilled food and bakery Sinead Bell said the retailer is “looking forward to deepening our relationships with Jacksons and Warburtons as we continue to find new ways to innovate and provide access to products and services, conveniently”.

Jacksons MD Dorian Hiles said the sixth-generation family bakers was “really excited” to be working with Co-op on this “brilliant opportunity”.

He added William Jackson Food Group had a “long history” with Co-op and the two businesses were “closely aligned” in terms of quality and values.

“It’s great to be able to build on this relationship even further,” Hiles said.

The news comes as Allied Bakeries announced last week it would be exiting its supply deal with the Co-op in 2021 after it was unable to agree financial terms.

Co-op had “always been one of our more challenging accounts in terms of cost to serve”, said owner Associated British Foods.

At the time, a Co-op spokesman said it was “committed to adapting to customer demands and tastes for new bakery products” and would launch a “competitive review” of its supply arrangements in 2021.

The announcement came just 15 months after Allied Bakeries lost its contract to supply own label bread to Tesco.

The Tesco contract was taken over by Fine Lady Bakeries, which, like Jackson’s, has used Warburtons extensive logistics network instead of a third-party logistics service provider.