Will Instagram’s rise change the way we see food? 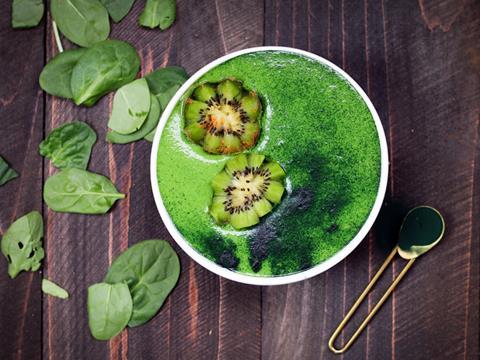 Prior to social media, food simply had to deliver on taste. Now it has to be photogenic enough for a humblebrag on Instagram or Twitter

They say a picture is worth a thousand words. For Instagram, it’s proven to be worth quite a bit more than that.

The social media network was yesterday valued at roughly $100bn (that’s 100 times what Facebook paid for it back in 2012). No longer confined to image-obsessed millennials, Instagram has now racked up over a billion monthly users. Consumer habits are rapidly reflecting this mainstream appeal. Instagram has been credited with everything from the demise of Club 18-30 (turns out vomiting into a bucket in Faliraki doesn’t scream ‘aspirational photo op’) to the rise of camera-ready fitness trends such as ‘alien yoga’.

The influence on food has perhaps been most obvious of all. Instagram was the driving factor behind last year’s obsession with unicorn food and drink, resulting in a sell-out Starbucks creation in the US. And it’s influencing our more everyday consumption habits too. Take what we’re eating for breakfast. The now-ubiquitous dish of avocado on toast is an Instagram hit (#avocadotoast has over 800,000 posts). The rise of smoothie bowls on Instagram inspired Kellogg’s to look at launching its own product. And porridge arguably wouldn’t be where it is today without the images of bowls piled high with blueberries and bananas.

In depth: Who’s driving food & drink trends - and how?

Much has been made of the impact on restaurants, which are now scrabbling to outdo each other with Insta-ready dishes. But the impact on home-cooked food is perhaps even more interesting. Prior to social media, it simply had to deliver on taste. Now it has to be photogenic enough for a humblebrag on Instagram or Twitter. A sloppy fry-up just won’t cut it any more.

The grocery industry is well aware of the trend. Retailers such as Sainsbury’s and Waitrose have flooded their Instagram accounts with dishes designed to appeal to the eye such as a prawn & asparagus sandwich cake (yes, really) and green tea sponge roulade. Instagram users are a pretty engaged bunch, spending nearly one hour a day on the tool on average, so it’s a canny move. 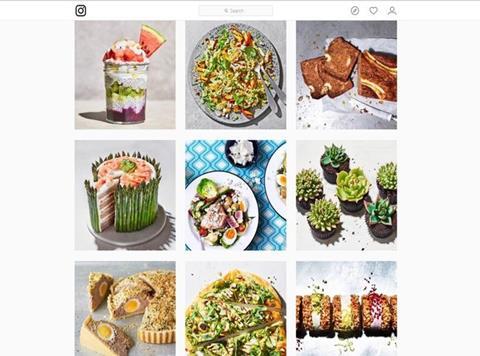 Retailers such as Waitrose and Sainsbury’s (above) are flooding their Instagram accounts with trendy and eyecatching dishes such as succulent cupcakes, vegan rainbow fruit trifle and prawn & asparagus sandwich cake

The question is how long the craze can continue. Instagram monthly usage figures may show no sign of slowing down, but criticism is starting to emerge over its impact on food. As foodies increasingly think about the end photo op, some argue style is taking priority over substance (does a unicorn bagel really surpass an artisan loaf on the taste front?). One fitness blogger has also argued that the need to pile plates high for aesthetic effect is encouraging us to eat more.

Plus, as the debate over the ethics of retouching images rages on, it remains to be seen whether this will spill over to food. Kelly Brook came under heavy criticism this week for tweaking a photo of herself at Royal Ascot to ‘tuck in her tummy’. Her response was that she tweaks all photos for maximum aesthetic impact: from artsy landscape shots to a restaurant dinner. So how long before doctoring images of food is seen as unethical?

It hardly has the same moral implications – supermarket carrots aren’t likely to unrealistically compare themselves to better formed, more orange counterparts on social media – but it could nonetheless be seen as disingenuous. With entire YouTube tutorials dedicated to editing food pictures, you could argue that Instagram foodies are distorting reality. And as the industry promotes the importance of accepting ‘ugly’ fruit & veg, the quest for a perfect Instagram shot can seem somewhat frivolous.

It’s unlikely we’ll stop seeing artsy shots of smoothie bowls and avocado on toast on Instagram any time soon. But perhaps they will increasingly come with an added (not so photogenic) dollop of cynicism on the side.