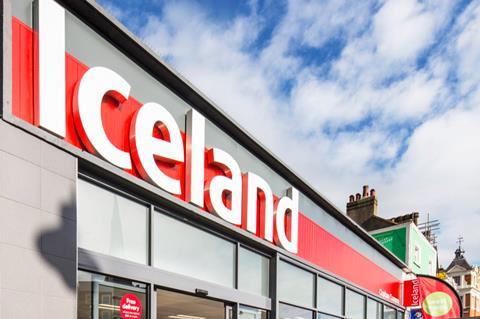 Iceland has lost EU trademark protection of its name following a battle with the Icelandic government.

The European Union Intellectual Property Office has cancelled the frozen foods specialist’s trademark after agreeing that the word ‘Iceland’ could be taken to indicate geographical origin.

Iceland Foods secured the EU trademark in 2014. But in a five-year dispute, the Iceland Ministry of Foreign Affairs argued it prevented the country’s businesses promoting themselves “in association with their place of origin”.

The EUIPO also agreed that Iceland Foods had not provided sufficient evidence that the word would be seen as its name across the EU, including in Sweden, Denmark, the Netherlands, and Finland.

“The registration concerned was an EU-wide trademark registration, and as it was found that in a number of EU English-speaking states such as the UK, Ireland and Malta, but also countries such as Sweden, Denmark, the Netherlands and Finland, where English is widely understood, the word ‘Iceland’ meant a country,” explained Lee Curtis, chartered trademark attorney and partner at law firm HGF.

“Certain geographical terms are prohibited from registration as they should be free for all to use, and the decision found that although Iceland Foods submitted a large amount of evidence of its acquired distinctiveness in the word ‘Iceland’ based on use, this was deficient in the case of Sweden, Denmark, the Netherlands, and Finland, where it did not trade, and to a lesser degree Malta.”

In those countries, “the EUIPO found that the word ‘Iceland’ simply meant a country or place, not a certain retailer and thus the registration should be cancelled”.

Iceland is still free to use its name and retains its UK trademark but has lost the ability to “monopolise the name on an EU-wide basis” Curtis added.

The supermarket has indicated its intention appeal the decision.

The Icelandic government has also applied to cancel a second stylised EU trademark held by the retailer, with a decision likely in around six months.