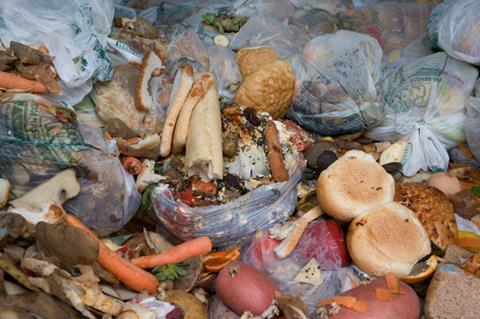 Campaigners have called on the government to get tough on companies who have failed to take part in the industry’s efforts to reduce food waste.

A new report by Feedback warns that 15 years after the first UK food waste agreement, less than 10% of major food businesses have committed to full transparency on their food waste figures.

The report claims that efforts to reduce food waste in the UK have been almost completely corporate-led and urges the government to publish a delayed consultation on mandatory food waste reporting and reduction targets.

Among its recommendations, Feedback, which has also co-ordinated a letter of campaign groups sent to the prime minister to call for action, urges ministers to set a national binding target to reduce food waste (both edible and inedible) by 50% from farm to fork by 2030, against 2015 baselines, in line with UN goals.

It calls on the government to bring forward plans to make food waste reporting and reduction targets mandatory for all large businesses, and put in place a “regulatory, fiscal and enforcement” regime to oversee the food industry under the ‘polluter pays’ principle.

The Grocer revealed last month that Defra had begun talks with food and drink companies to start paving the way for mandatory reporting of food waste, with almost 200 companies and trade bodies represented.

However, a progress report by the IGD and Wrap on their Food Waste Roadmap, also revealed last month, showed that while there had been a big increase in the number of companies signed up to the initiative, the vast majority were still not publicly reporting how much food they wasted.

The Roadmap aims to get businesses to reduce food waste by 50% by 2030. More than two-thirds of food businesses signed up to it are still failing to publish their figures, while a further 400 major companies have yet to sign up at all, the report revealed.

“Reducing food waste is a core part of any net zero climate strategy,” said Carina Millstone, executive director at Feedback. “After a decade of marginal, ineffective supermarket initiatives to reduce food waste, it’s time for the government to take the lead.

“Adopting strong measures to halve food waste from farm to fork, and integrating this target into the UK’s Nationally Determined Contribution under the Paris Agreement, would both cement the UK’s leadership on climate and ensure food and farming are high up on the agenda, when world leaders gather in Glasgow for COP 26 a year from now.”