Waitrose to host Christmas dinners for the vulnerable with FareShare 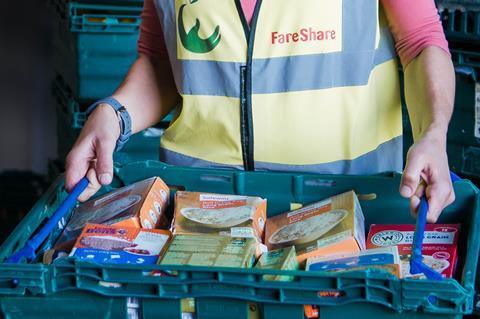 Waitrose has joined forces with food redistribution charity FareShare to host Christmas dinners for vulnerable people across the UK.

More than 1,000 people have been invited to enjoy the festive feast hosted by Waitrose and John Lewis as part of the retailers’ Christmas campaign.

FareShare has nominated more than 50 charities to take part, ranging from homeless hostels to lunch groups for the elderly.

The Christmas dinner for the charities, the people they support and volunteers will be served by John Lewis and Waitrose staff, alongside celebrities such as Clare Balding and former cricketer Jonathan Agnew.

The dinners will either be hosted in private dining rooms in John Lewis shops or in the local charities’ dining spaces.

“We approached FareShare because we want to support the vital work that charities do in the communities where we have shops,” said Stephen Cawley, head of corporate responsibility at John Lewis & Partners.

Caroline Silke, social impact manager for Waitrose, added: “For many, Christmas is a time to get together with loved ones to celebrate. Yet for some, this can be the most difficult time of the year. Everyone should have the opportunity to enjoy the festive season, which is why we will be hosting these lunches to spread some Christmas cheer to those who deserve it most.”

FareShare commercial director Alyson Walsh said: “We know that 46% of people receiving food from FareShare supported groups have gone without a proper meal in the last month, so we are thrilled to be working with both John Lewis and Waitrose and to provide these festive feasts and help more people feel part of the community.”

In addition to the dinners, John Lewis and Waitrose are giving FareShare a £150,000 donation, which is equivalent to providing 600,000 meals, the retailer said. Staff from both businesses have also pledged to volunteer at FareShare regional centres during the Christmas period.

Waitrose shops will also continue to donate surplus food to charities at the end of each day through FareShare’s redistribution app, which links each shop to local groups in need. The supermarket has donated the equivalent of 1.5 million meals since 2017 - and a further 10,000 meals are expected to be donated this December alone.

In addition, FareShare is one of three national causes that will receive a share of £25,000 through the Community Matters ‘green token’ scheme on Waitrose.com over Christmas. Customers will be given a virtual green token to vote for the cause they’d most like to support, with the donation then shared according to the proportion of the vote they receive.