Bumper growth for UK berries due to good weather and coronavirus, says BSF 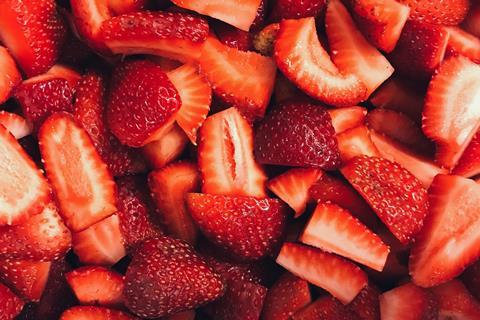 Sales of berries have rocketed during lockdown thanks to good growing conditions and the impact of coronavirus on consumer behaviour, according to British Summer Fruits.

Volume sales have also been strong across the board, with strawberries up 15.8%, raspberries up 23.5% and blueberries up 9.8%.

But the standout performer was the blackberry crop, which increased both value and volume sales by more than 50%, albeit from a lower base.

The UK berry industry was now worth £1.58bn (up 10% year on year), and had benefitted from good weather in May and June as well as the impact the coronavirus pandemic had on usage occasions, said British Summer Fruits chairman Nick Marston.

“There are three underlying factors [to the sector’s positive performance],” Marston said. “There’s an increased interest in fresh fruit for health reasons, increased footfall in supermarkets and an increase in the number of people at home in the UK in the summer.”

However, he warned sales could see a dip in the coming weeks due to an anticipated tightening of supply caused by cooler weather slowing down the development of crops.

Marston put the success of blackberries down to the growth of “better-eating” varieties, as well as the establishment of new production methods.

“There has been a huge increase in the production of good eating blackberry varieties,” he said. “Varieties like Driscoll’s Victoria have been replacing the traditional Loch Ness variety that’s fairly sharp.

Marston also said he anticipated blackberry sales would continue to see growth in much the same way as raspberries and blueberries have over the past 10-15 years, adding: “There’s a lot of headroom and a huge amount of potential.”