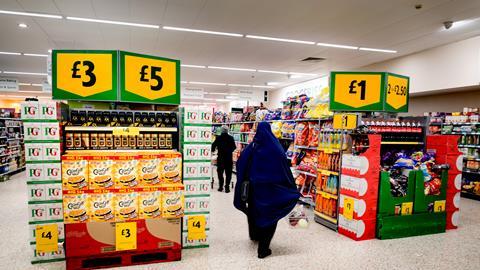 Is a ban on in-store HFSS promotions now inevitable?

An eight-week consultation is underway. So can we expect a ban and is it time industry accepted one?

About the only thing the food industry and health campaigners agree on over Boris Johnson’s plans for a ban of in-store HFSS promotions is that the timing of the announcement was terrible.

Snuck out cynically on a bank holiday after Christmas, with the whole world either on holiday or else focused on Covid and Brexit, it inevitably got precious little coverage, while the accompanying launch of an eight-week “technical consultation” left industry bosses fuming about the “insulting” lack of time to respond.

Yet the plans, including sweeping restrictions on HFSS bulk buy promotions, as well as outlawing such promotion locations as front of store and, crucially, aisle ends, have lain in the wings since an earlier consultation in 2018, which itself followed years of failed government attempts to sort out a voluntary promotions ban.

So is the ban now inevitable, and is it time for the industry to get behind healthier aisle end promotions instead?

While the government signalled a two-month consultation, it will be at least April 2022 before any ban comes in. And the government has already watered down the plans compared with its preferred option in November 2018.

The original consultation proposed restrictions to all HFSS products falling in the categories included in Public Health England’s sugar and calorie reduction programmes and in the Soft Drinks Industry Levy. But after “further analysis and extensive stakeholder engagement” the government has slashed the number of categories involved to concentrate on those that are the biggest contributors to children’s sugar and calorie intakes, and the most heavily promoted.

It means retailers and suppliers will be free to carry on volume and location promotions for products including pies, quiches, processed meats, cooking sauces, flavoured pasta, rice and breads, which had been in the original banned list.

The proposals are still more draconian than those proposed in Scotland, which is pursuing its own ban on products deemed not essential, such as chocolate and confectionery.

Categories likely to be hardest hit are crisps, savoury snacks, chocolate and sweets, as well as ice cream and lollies, cakes and sweet biscuits.

Under the Nutrient Profile Model, which the government says will be used to decide which promotions are allowed, those categories would see virtually all deals wiped out.

That’s under the 2004 NPM model, which the government has said will be used. A much stricter model proposed by the now doomed PHE has seemingly disappeared into the long grass, along with its authors.

“Preventing manufacturers from promoting these reformulated, healthier options to shoppers makes no sense whatsoever and flies in the face of the policy aim,” says FDF COO Tim Rycroft.

“Suppliers that have spent millions reformulating their products to be more healthy are now being told they cannot promote them. It makes no sense.”

The government admits the cost to the industry, even with the reduced number of products in the firing line, looks huge.

In September, research by data modelling company IRI suggested the HFSS ban could cost the industry more than £3bn, much more than a £1.2bn estimate from a 2019 FDF report.

Meanwhile, the FDF’s figure now appears to have almost been accepted by the government, with a new impact assessment dated December 2020 showing a dramatic increase from £90m to over £1bn a year.

However, the new impact assessment also hugely revises upwards the estimated impact on calorie reduction in children of the proposed ban on deals.

The original estimate forecast a reduction of about 15 kcal per day consumed by an average child, a figure that was seized upon by the industry, which claimed it did not justify the massive economic impact.

But the reviewed assessment includes a figure of over 50 kcals per day, including a decision to allow for “under reporting” of calorie consumption from the public, which alone boosted the figure by 32%.

“The DH has managed to come up with a new formula which magically increases the impact on calories of its proposals,” says Rycroft.

“It raises concerns about the accuracy of their calculations and this is something we are taking up with ministers.”

As well as disputing the maths, industry bosses are also trying to persuade the government its plans do not represent a fair playing field between different retailers and manufacturers.

The restrictions will not apply to businesses with fewer than 50 employees, or stores smaller than 2,000 sq ft, and will also only apply to pre-packed food and drink.

“We are also very concerned about the competition distortion that these proposals might bring about for pre-packed foods in comparison to non-pre-packed and takeaway foods,” says Rycroft.

“For example, pizza in the supermarket will be restricted from promotions, but pizza takeaways can still offer bogofs.

“In the supermarket, pre-packed cakes/biscuits/mornings goods would all be restricted, but if they are baked in store they can be offered on promotion.”

However, health campaigners are delighted with the government’s plans, even with the reduction in scope.

“This is long overdue and we are pleased the government, generally speaking, is sticking to its guns,” says Barbara Crowther, co-ordinator of the Children’s Food Campaign.

“I don’t think the food industry can say it hasn’t had time to consider these proposals. The original consultation came out in 2018 and everyone surely recognises something must be done to tackle the ticking timebomb of childhood obesity.

“You only have to read the consultation to see the weakness in the food industry’s arguments. It lists a whole raft of categories that asked for exceptions to the ban, including the crisps and savoury snack sector, who argued these products do not contribute to children’s calorie intakes. That says all you need to know.”

Yet as previous battles such as that over minimum unit pricing have shown, it is never over on health regulation until the fat lady sings. And based on this government’s long list of u-turns, neither the industry nor campaigners are ruling out a row-back.

Indeed, the FDF has previously warned there could be court challenges launched by manufacturers who see vital routes to market being cut off. That raises the possibility of the government getting tied up in a legal battle that could last longer than the prime minister’s tenure, save the industry billions and give it more time to prepare.