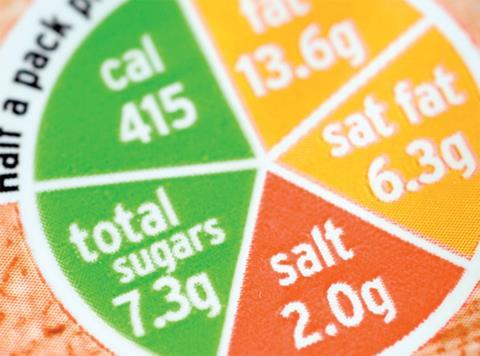 Which? also claimed there was strong support for the system to be made mandatory

Shoppers would “overwhelmingly” prefer to see traffic light labelling stay on the front of pack rather than an EU style Nutri-Score system, according to consumer group Which?.

In its response to the government’s consultation on the future on packaging after Brexit, Which? said 89% of shoppers were familiar with front-of-pack labels.

It also claimed there was strong support for the system, currently used by around three-quarters of food and drink suppliers, to be made mandatory.

The government consultation on its future labelling plans ended last month, with ministers set to decide whether to adopt a new system such as the voluntary Nutri-Score. The system is used in France, Belgium, Spain and Portugal, and grades foods by letter from A to E according to their overall nutritional quality.

Davies told a meeting of the Westminster Forum this week: “We think there is a strong case for keeping the traffic light system but making improvements to make it even more effective.”

Which? has also called for the scheme to be changed to include added all added sugars and for portion sizes shown on traffic lights to be standardised.

“There is overriding support for it to be made mandatory,” Davies added.

Mhairi Brown, a spokesman for Action on Sugar and Salt, told the meeting it also wanted to keep traffic lights, adding: “Making the traffic lights system mandatory is the way to have transparency and consistency.”

The consultation has split health groups and companies, with the National Obesity Forum coming out in support of Nutri-Score, along with several leading suppliers, including Nestlé and Danone.

The government consultation is also considering adopting elements of a mandatory system pioneered in Chile, which uses stark black and white “STOP: high in” labels to indicate they are high in fat, sugar or salt.

It is credited as one of the reasons for a 20% reduction in obesity levels in the country in the past two years, but is strongly opposed by the industry due to fears it “demonises” food.