Seasonal labour crisis is a serious threat to British farming 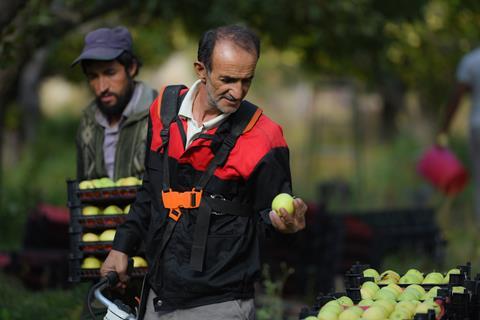 Once upon a time the UK’s crops were picked by local seasonal labour. But concluding that the fruit & veg rotting unpicked in UK fields right now has nothing to do with the Brexit vote is absurd.

The Daily Mail, picking up on The Grocer’s recent coverage of the devastating and unprecedented food waste, argues that ‘workers from areas of high unemployment in the North of England no longer have the stomach’ for the ‘back-breaking work’. This may well be true, but to this intractable societal issue, the EU referendum has broken the solution. Net migration has fallen on the back of sterling’s decline (since the Brexit vote) the rise in hostility and racism towards seasonal workers, as well as the government’s migration rhetoric and policies.

Perhaps the situation will improve if Brexit certainty is soon achieved. Indeed, while Brexit looks certain to be delayed beyond 31 October, there are many remainers now willing to accept Brexit to end the hell, or limbo, or purgatory of the present position.

But it’s clear urgent solutions are needed to “stop the UK exporting its fresh produce industry elsewhere”. Brexit won’t bring back the ‘army of local housewives who would toil in the fields at harvest time for a few pounds paid in cash’, as the Mail recalled. And the folly of scrapping the Seasonal Agricultural Workers Scheme, after 64 years, back in 2013, has been exacerbated by the Brexit vote. A new seasonal workers pilot, introduced in 2018, adds insult to injury, allowing 2,500 non-EU workers vs the 70,000 the industry deems appropriate.

And it’s not just fruit & veg. In a modern, mobile world, our seasonal labour crisis is also resulting in shortages in regional distribution centres and manufacturing and processing facilities that are gearing up for Christmas.

Coupled with the perilous state of dairy processors, trouble is also brewing on Britain’s farms. On the meat side, too, Brexit threatens British farmers: potential trade deals with the US and Brazil could wipe them out. That’s the irony of Brexit. It was supposed to take back control. The result could be the total opposite.