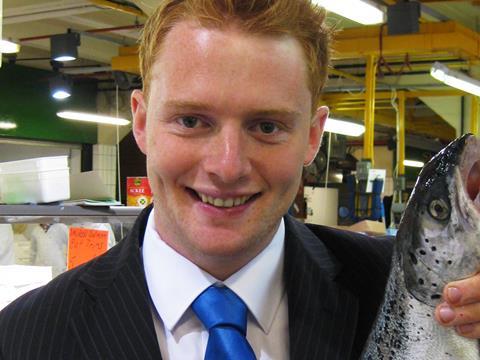 What was your first job? In the marine team for the World Wildlife Fund - a fantastic mix of conservation efforts and fundraising while dressed in a giant panda suit!

What’s been your worst job interview? I’ve never really had a bad one. I always like to see interviews as a two-way process so I have a bit of fun interviewing the panel!

What was the first music single you bought? Either Stereophonics or Britney Spears… Let’s go with Stereophonics!

How do you describe your job to your mates? I’m known as ‘the fish finger marine biologist’.

What is the most rewarding part of your job? The variety, the characters, the travel and knowing we’re making a positive difference to the environment and the communities in which we source.

What is the least rewarding part? Part of my role is engaging with fishermen at sea to address sustainability, which means early starts - 4am is considered lethargic!

What is your motto in life? I think it would be ‘always look on the bright side of life’, to steal from Monty Python.

If you were allowed one dream perk, what would it be? It has to be unlimited travel. Part of my job is to explore sustainable methods of fishing from around the world, so I’ve been fortunate enough to see some amazing places already. However, I still want to explore further.

Do you have any phobias? Failure.

If you could change one thing in grocery, what would it be? Over-packaging. I see plastic in our oceans every day - we have to find a way of using less non-biodegradable packaging.

What animal most reflects your personality? I’d probably be a dog as I’m loyal, intelligent and have an insatiable appetite.

What’s your favourite film and why? The Empire Strikes Back. It shows us that even in the darkest of times, there’s always hope.

Which celebrity would you most like to work with and why? Leonardo DiCaprio. He’d fit in well as he has a real passion for the environment.

What would your death row meal be? Sustainably-sourced lobster and ribeye steak with giant onion rings, juicy mushrooms, rich and creamy pepper sauce and some triple cooked chips, mayonnaise and a salad.