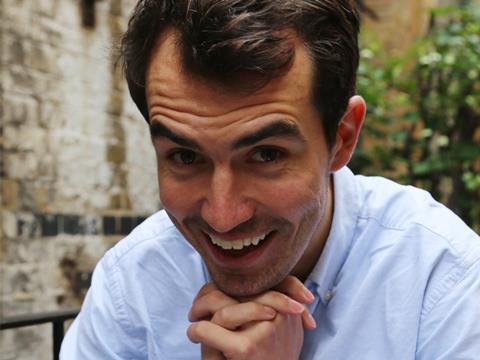 What was your first job? I was a bartender. It didn’t last very long - after about two hours I told the boss my real age: 15.

What’s been your worst job interview? It was for an internship at a big broker in the City. I was quite nervous and when I walked in I inadvertently winked at the interviewer - realising what I’d done I tried to brush it off by asking “how’s your morning Sally?” Her name was Lindsay.

What was the first music single you bought? Who Let the Dogs Out? by Baha Men.

How do you describe your job to your mates? It’s a mix of hard work, intense stress and almost inexplicably a lot of fun.

What is the most rewarding part of your job? Seeing how much people enjoy not just the product but the vibe we try and create at all our events.

What is the least rewarding part? Admin - I cannot stand it!

If you were allowed one dream perk, what would it be? Four hours a week of classes in a new skill that changes every six months.

If you could change one thing in grocery, what would it be? Opaque supply chains. There are so many amazing stories (and probably even more horrible ones) behind the products on our shelves.

What luxury would you have on a desert island? Live music - because I like it and chances are at least one of the band would be quite good fun.

What animal most reflects your personality? A monkey.

What’s your favourite film? Braveheart - as a Scot with an embarrassingly posh London accent, Mel Gibson plays a key role in reminding me where I’m from.

What has been the most embarrassing moment in your life? When I was about 10 I got called out in front of the entire school for selling a Pokémon card to a wee boy that went to the local primary school. In hindsight I now wonder why no one thought to ask what a three-year-old was doing with £20!

Which celebrity would you most like to work with and why? Margot Robbie because I really fancy her, but if not Joe Rogan because he’s the near-perfect mix of interested, interesting and hilarious.

What would your death row meal be? An asado (Argentine BBQ) cooked by a couple of pals I made in Buenos Aires.