Nick Wall, Tails Cocktails, on acting like a big chicken and his pet Labrador

Nick Wall, founder, Tails Cocktails, on acting like a big chicken, slow trains and running with his pet Labrador 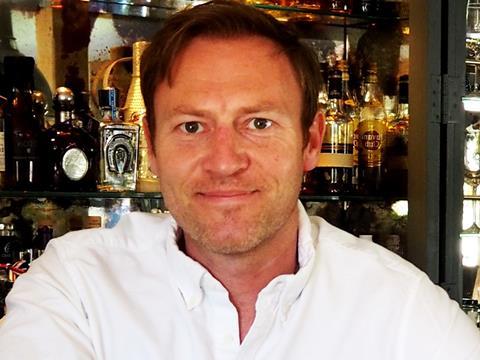 What was your first job? Working as a host for TGI Fridays. I think this may have been where my love for cocktails started. The bartenders were total heroes.

What’s been your worst job interview? Actually TGI Fridays! They asked me to act like a big chicken - beyond awkward. I thought Jeremy Beadle was about to make an appearance.

What was the first music single you bought? Bad by Michael Jackson.

How do you describe your job to your mates? I tell them it’s a rollercoaster of emotions and I’m often stressed. But overall I feel super lucky to run my own business and work on products I’m really passionate about.

What is the most rewarding part of your job? When people try Tails Cocktails and comment on how fantastic the taste profile is.

What is the least rewarding part? We’re pushing really hard to spread the Tails message but we are a small team and often stretched so do end up working long hours.

What is your motto in life? Go big or go home.

If you were allowed one dream perk, what would it be? I live in the Cotswolds but work in London so travel a lot on slow, expensive trains in the week to be with my wife and young family. A helicopter would be nice.

Do you have any phobias? Yes sharks, which is a big issue because I love kitesurfing.

If you could change one thing in grocery, what would it be? I wish it wasn’t so incredibly difficult to reach and communicate with buyers.

What luxury would you have on a desert island? Fishing equipment to catch fresh seafood to BBQ on the beach. Dreamy.

What animal most reflects your personality? I share a lot in common with my Labrador. We are both very persistent, loyal, a bit greedy and need exercise to stay sane. We both love running outside, which we do most mornings together.

What’s your favourite film and why? True Romance for so many reasons.

Which celebrity would you most like to work with and why? I have always seriously admired Richard Branson. Virgin is an insatiable brand. I particularly like the idea of meetings at his homes in the British Virgin Islands and Verbier.