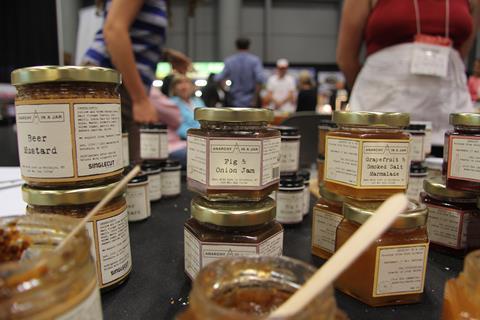 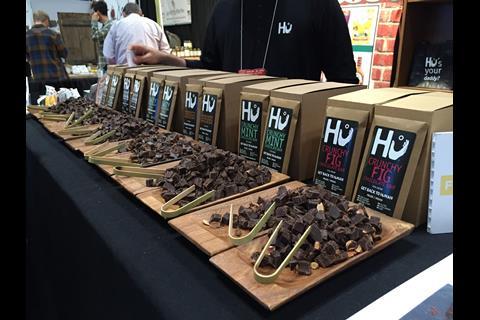 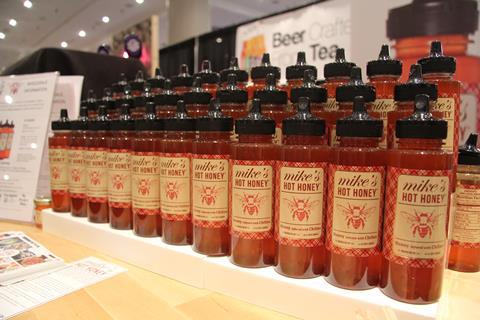 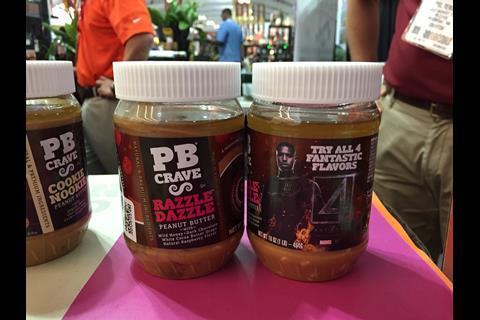 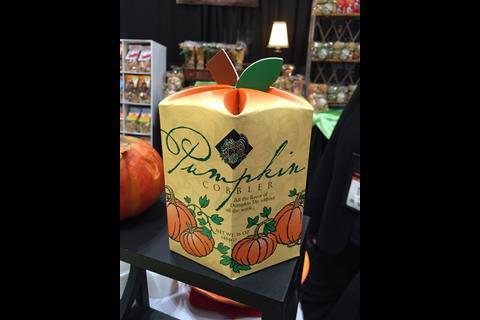 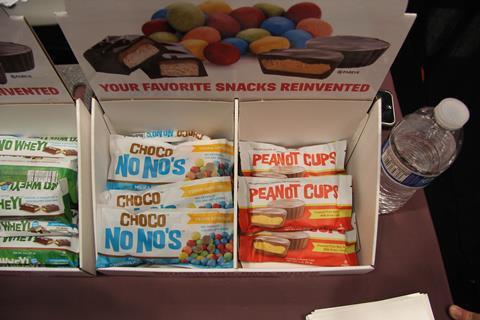 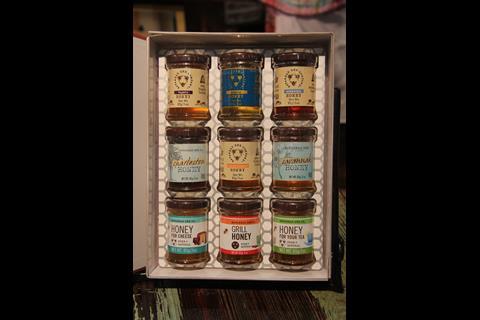 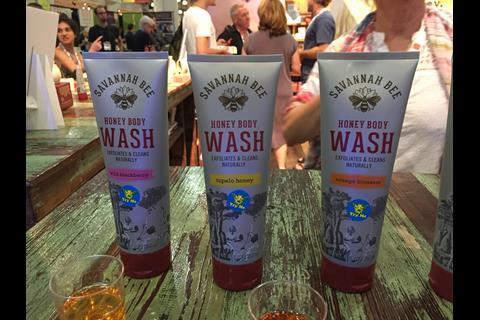 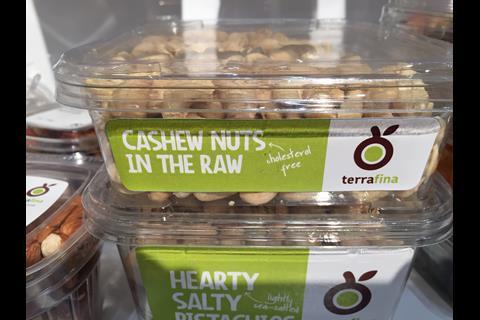 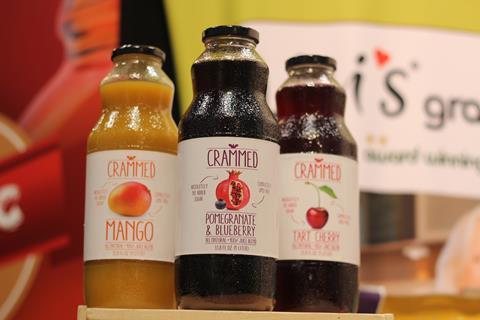 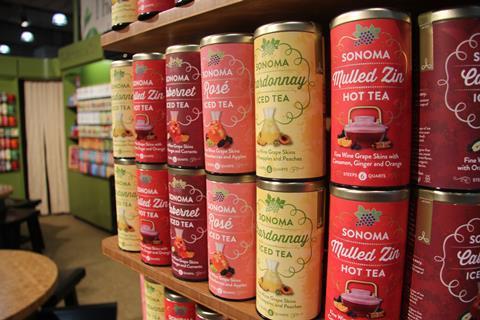 The Fancy Food Show in New York City is a fantastic showcase of all that is interesting and innovative in gourmet and natural foods. In recent years it’s where new brands and trends like Popchips, coconut water, aloe vera drinks and kale as a superfood first poked their heads above the parapet - all are now in British supermarkets.

So amongst the 2,400 exhibitors this year, what are the new trends and emerging sectors UK retailers and suppliers should be noting this year?

There were plenty of products that reflected trends we have been noticing for the past couple of years. ‘Health’ remains a key driver, with savoury snacks made from alternatives to potato (pasta, quinoa, lentils, peas, coconut, broccoli…even cheese) featuring heavily. Quinoa as a ‘superfood’ ingredient for a whole host of snacks, ready meals and beverages also featured prominently.

Then there’s seaweed, primarily positioned as yet another ‘pure’ base for savoury snacks, although this year there also were several Korea-based businesses promoting this healthy ingredient around a variety of usage roles (such as a salad ‘finisher’) or adding other ingredients like almonds, wasabi or onion to enhance its appeal as a snack product.

Popcorn also remains a big focus in snacking - whether it’s traditional or modern, pure and unsullied or enhanced with all manner of flavours, packed in nostalgia-inducing box cartons, and even mini popcorn cleverly branded as Pipcorn.

So far so familiar. But there was also plenty that was new, including a new emerging category around ‘mustard plus’. Quality, traditional mustards have regularly been evident at the show (particularly within the France pavilion) but this year there were a plethora of more - contemporary mustards with intriguing complementary flavours. These included Beer Mustards as well as Mesquite Horseradish, Banana Pepper, Cranberry Honey and Lavender Wine. Delicate Gourmet’s stand offered a Big Easy Cajun Mustard, suggesting mustard is making inroads in other cuisines, too.

Like mustard, honey was everywhere this year, proclaiming its status as a natural, healthier way to deliver sweetness - either as a product in its own right or as a key ingredient within myriad other foods (including a Honey Water). Savannah Bee has developed a range of honeys that are purposed for specific usage - Grilling Honey, Honey For Cheese, Honey For Your Tea. Beyond this though, they were also marketing a range of health and beauty products with honey as a core ingredient reflecting its recognised benefits to skin health. The business describes itself as “a bee company” and is eager to develop the next generation of bee-keepers through its ‘Bee-cause Project’ in schools across the US - a further demonstration of honey’s role as a sustainable, natural product.

There were also some decidedly funky applications. Mike’s Hot Honey which is yet another brand to emerge from the cauldron of Brooklyn. This is a spicy honey infused with chilli that was originally developed as a ‘finishing touch’ for pizza, but its versatility also lends itself to salads, cheese, yoghurt, ice cream and even cocktails. Retailers in Manhattan reported that it has been flying off the shelves.

Playful flavour combinations were a key theme more generally. We saw lots of playful brands that don’t take themselves too seriously and have the confidence to deliver interesting flavour combinations and to present them with a degree of wit. Anarchy In A Jar is a brand from the vibrant food scene of Brooklyn - it proclaims ‘the revolution starts in your mouth’, an upheaval that includes products like Grapefruit & Smoked Salt Marmalade.

From sustainability to ‘full virtuosity’

Elsewhere, many exhibitors were keen to promote their use of sustainable ingredients - going a step further than simply being ‘natural’ or organic, these were brands showing a commitment to fully virtuous products.

One interesting take on this approach came from The Republic Of Tea who have long been innovators within the burgeoning speciality tea category. This year they have developed a selection of products using the discarded grape skins from the Sonoma Valley in California - the result is a delicate, fruity ice tea best served chilled that was a perfect refreshing pick up after five hours of walking the endless Show aisles.

In amongst all the food exhibitors there were also a variety of specialist packaging producers offering more sustainable packaging solutions to food manufacturers - compostable cards and wood were particularly noteworthy.

Interestingly, though, despite the consistent, heavy focus on natural ingredients and production methods throughout the Show the use of complimentary packaging that re-enforces these values on the products themselves seemed less evident - for now, at least.

The language being used by food brands operating within the natural and gourmet sector is also evolving as they seek a new ‘high ground’. There was much emphasis of ‘clean’ ingredients, unsullied by any hint of process or tainting.

Terrafina, a Bronx-based business that delivers a range of healthy products - nuts, seeds, trail mixes, snacks and baking ingredients - uses ‘In The Raw’ as a key descriptor for its range of core single ingredient products, such as Cashew Nuts and Coconut Chips.

It has also recently developed Crammed, a new range of juices and jams that highlights its GMO-free ingredients as a further support to its ‘All Natural’ platform

Meanwhile, the gluten-free sector has expanded hugely in recent years on both sides of the Atlantic, with new products emerging in a wide range of sectors that extend well beyond the bakery arena where its roots lie.

Interestingly too, and many of these new products are reflecting the sense that this sector is no longer just driven by dietary needs, but also embraces more proactive health and well-being choices. Premium Chocolates, a New Jersey based business offers ‘vegan allergy-friendly chocolates’ that are both gluten and nut free. Intriguingly, they’ve chosen to mimic much-loved, well-established confectionery favourites - so how does a peanut-free peanut butter chocolate cup compare to Reese’s familiar offering? Astonishingly well is the answer, and branding their product as ‘Peanot Cups’ also echoes the playfulness that was highlighted earlier Products that make it easier and more pleasurable for those who are seeking to follow the principles of the emerging Paleo movement have also started to emerge this year. This is still a trend in its infancy, - one manufacturer told me that his consumer research had shown that while some 30% of consumers are considering buying gluten free products, only around 1% consider or want Paleo foods at present.

but numbers are likely to grow though as body-conscious Millenials in particular pick up on the trend, and will be helped by brands like Hu whose chocolate bars use organic unrefined coconut sugar, avoid emulsifiers and, importantly, also taste great.

There was also Paleo Passion Pops (“Evolve the way you eat”), a range of ice lollies that serve as a further illustration that this simple approach to food ingredients doesn’t need to mean a denial of pleasure!

Peanuts also appear to be making something of a come-back, with plenty of ‘gourmet’ premium ranges on offer this year. Perhaps more noteworthy, though, are the plethora of peanut butter offerings - several were clearly presented to hint at nostalgia and the homely traditional butters of yesteryear.

But others took on a more distinctly modern twist - a response to the growth in recent years of other nut butters and (in the USA in particular) the impact of Nutella. PB Crave has developed a range of funky flavours (Razzle Dazzle, Cookie Nookie) and delivered then via a smooth spread that contains no hydrogenated oil and is ideal for both spreading on bread or crackers and stirring into desserts.

Jerky lines abounded at the show, mainly via artisanal brands eager to promote a rich source of protein using only natural ingredients (and, of course, gluten-free).

One interesting take on the category was the range of ‘Beef & Veggie Snacks’ from Wild Zora - savoury, meaty snack bars that were being marketed under the line “Don’t be a jerky!” and offer a more balanced source of nutrition and energy than the more conventional jerkies

And finally, picking up on the media-led wave of interest in home baking on both sides of the Atlantic, there were a host of ‘kit’ products that sought to make the task a little easier for aspiring bakers without compromising the taste or ‘naturalness’ of ingredients. Artisanal values, homely visual cues and reassuring language stressed the authenticity of the ‘kit’ ingredients. In the case of Plentiful Pantry’s range this was enhanced with delightful packaging.

Among these new trends and ideas will prove to be temporary fads, but there are undoubtedly others that will blossom into significant new sectors., there was far less that was esoteric or just plain weird than in some previous years, and most of these trends are actually rooted in ingredients or sectors that consumers will readily recognise, which means making the leap to adoption should be relatively safe.

Chris Blythe is director at the Brand Nursery