Joe Delucci's introduces gelato in see-through tubs to the UK 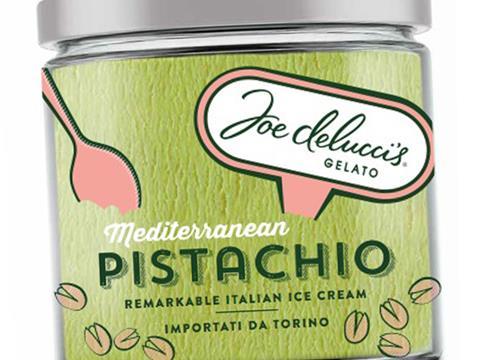 Frozen dessert brand Joe Delucci’s is hoping to bring a US trend to the UK gelato market by introducing glass-style plastic tubs.

The brand is moving its 500ml gelatos out of card tubs and into re-useable see-through PET pots that roll out to 600 Tescos next month. The three-strong range comprises Mediterranean Pistachio, Bellissimo Berries and Creamy Coconut flavours (rsp: £3.99/500ml).

Shoppers would be able to see exactly what they were buying, said Joe Delucci’s co-founder Nigel Langstone, while products that lacked fruit would not “get away with it.” The long-term aim was to make freezer shelves reminiscent of an Italian gelato display, which was “a riot of colours and textures,” said Langstone, predicting the range would generate £1m in first-year sales.

Langstone added he hoped the pots would kick off a trend for see-through gelato packaging that had been started in the US by Talenti. Unilever, which acquired the gelato brand in December, told The Grocer it had no plans to bring it to the UK.