Mondelez and Weetabix team up to launch Oreo O’s cereal 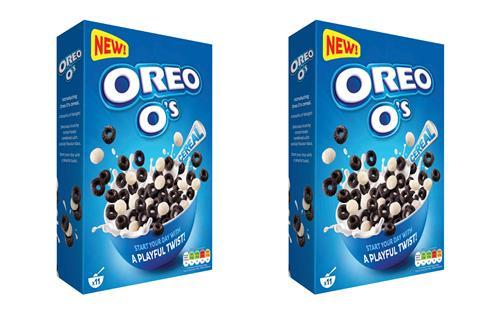 Mondelez has teamed up with Weetabix to take Oreo into the cereal category.

It aimed to “fill the gap” in the cereal market for an “indulgent, adult proposition”, said the brand, and could be eaten “at breakfast or any other time of day”.

A spokeswoman for Oreo O’s said Oreo had already shown “it can translate successfully across various formats” such as ice creams and hot chocolate.

“We believe this new cereal can introduce new customers to the aisle and become a beacon product for the tasty cereal segment. We have big ambitions for the brand and will be supporting the launch with an in-store and online marketing drive.”

The UK is said to be the third-biggest market for Oreo, with the brand present in one in four households, it claimed, and this new cereal had been specifically developed for the UK and Ireland market.

It has rolled into Asda, Morrisons and Dunnes (rsp: £3.99/350g), with Sainsbury’s and Booths to follow next year.