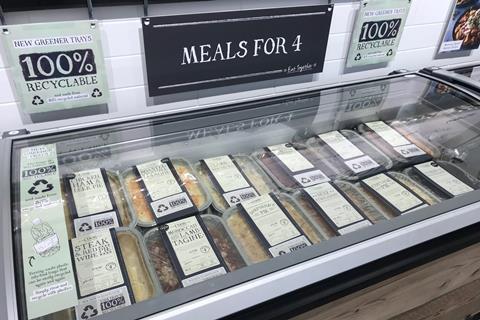 Cook has accelerated the rollout of its online delivery service to meet the surge in demand during the coronavirus crisis.

The retailer told The Grocer it had added 14 vans to its existing fleet of 36 over the past two months. This has enabled it to offer home delivery from a further 36 stores, making the service available from 77 stores in its 89-strong estate.

Cook had originally planned a gradual rollout of its online service over two years, but it accelerated the pace after seeing a huge increase in demand for home delivery. Cook said online now accounted for 60% of its overall sales compared to just 20% before the crisis.

The retailer has also reduced its threshold for free delivery from stores to £40 from £50. For those areas without a shop locally, Cook uses a national courier service, which also requires a £40 minimum spend to qualify for free delivery.

“Online sales have shot up,” said Cook owner Edward Perry. “This has been a massive shift in how we do business. When the Covid crisis started, it was obvious that we were fortunate enough, through dumb luck, to have a product that people needed.

“While coping with an unprecedented surge in demand, we have been prioritising deliveries for the most vulnerable, those self-isolating, and NHS staff.”

Cook’s store sales have also shot up during the pandemic. Like-for-like store sales were up more than 100% in March as panic buying and stockpiling peaked, it said, while its like-for-likes during April and May were up 30%.

The frozen ready meal producer said it had adapted its stores to offer a counter service to meet government social distancing guidelines.

Cook has also set up a Kindness fund through which it has given away 80,000 meals since the beginning of March. It is aiming to take this total to 100,000.