Get ready for the smart home revolution 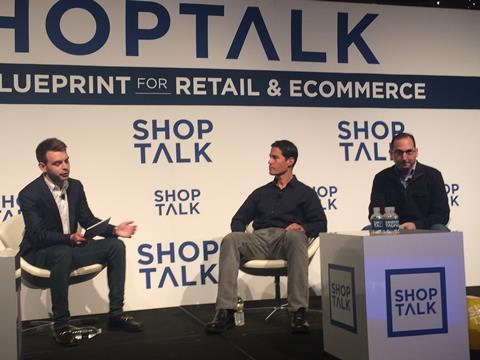 Smart homes still feel a bit sci-fi on this side of the Atlantic. Yes, the technology does exist and it is altogether possible to open your curtains, order your milk or brew your coffee on voice command if you so wish. But the whole thing seems about as relevant to the everyday UK consumer as hover cars.

Yet this could all change very soon. One thing that came through strongly at the Shoptalk conference in Las Vegas this week is that US consumers are already there. Bill Lee, vice-president of smart home product marketing at Samsung, says the technology has moved beyond the “early adopter” phase to the “early majority” in the American market. Simply put, it is no longer whizzy gadgetry confined to tech geeks; it is becoming mainstream.

As the UK looks set to follow, it is easy to see how smart home devices could have far-reaching implications for grocery retailers. Firstly, they will make search results even more important. Mondelez is already making its brands the number one choice on internet of things devices. Last Easter, for example, it made sure the Green & Black’s brand was the first option that Amazon Alexa suggested for dark chocolate queries. As Mondelez’s global ecommerce director Neil Ackerman said, this was crucial to gaining US Amazon customers. “What happens to those brands that are second and third? Just how many options are customers willing to listen to – will they just pick the first one?” he pointed out.

Secondly, there will be far more transparency on price and availability. A suitably high-tech demonstration by Google’s vice president of shopping Jonathan Alferness showed how its Google Assistant could revolutionise shopping. On stage, he asked the assistant where he could buy smart shoes. Within a couple of seconds, the device suggested the nearest retailer that had the desired footwear with information on price and opening hours. Alferness had programmed his assistant to prioritise convenience, but others can choose to prioritise price, for example. So at the touch of a button, consumers can now find the retailer with the best deal – and all others will effectively be ignored unless the customer specifically requests to hear more options. As Google looks to gather stock information, the device will also point to the retailers with the right availability. In effect, consumers will have all the information they need at the touch of a button – and retailers will have nowhere to hide.

It all seems somewhat far-fetched for now, but this technology is already here. And it is only a matter of time before the UK consumers follow in the footsteps of the US. So retailers and brands would be wise to start preparing for the smart home revolution (and fuel up your hover car while you’re at it).