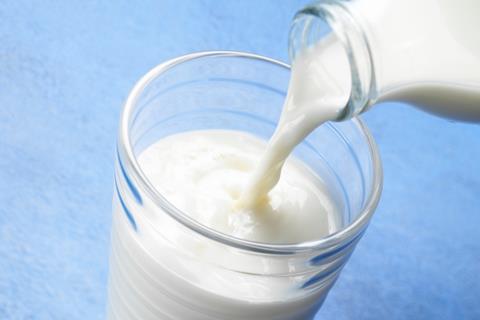 EU law will still prohibit plant-based suppliers from using terms such as ‘milk’, ‘butter’ or ‘yoghurt’ on their products

The plant-based industry has welcomed an EU decision to scrap a potential law that would have further restricted its use of dairy-related terminology and marketing terms.

This decision came in the face of major opposition to the proposed law, not only from plant-based suppliers, but also from consumers. At the time of writing, more than 456,000 people had signed a petition calling for the legislation to be scrapped.

Had it been passed into EU law, the amendment would have led to bans on allergen information, such as ‘lactose-free alternative to dairy milk’ and the use of marketing terms such as ‘creamy’, according to plant-based industry figures. The industry also claimed it would have restricted the packaging formats they could use, though this was disputed by the European Dairy Association.

According to ProVeg International – one of the key backers of the anti-AM171 petition – taking the law off the table had meant the EU had avoided setting a “dangerous precedent” that would have also proved “anti-competitive”.

“Citizens, industry and experts have spoken, and the EU listened,” she said. “It would be absurd to censor plant-based products at the same time as telling consumers to switch to a plant-based diet. Imagine censoring electric cars or recycled paper. We applaud the EU for its clear-sightedness under immense pressure from environmentally reckless interests.”

Why is the EU legislating to make it harder to choose plant-based dairy alternatives?

“The decision to reject AM171 is a win for the plant-based food industry and for all those people who signed the petition to pledge their support,” said Upfield chief corporate affairs and communications officer Jeanette Fielding. “But the battle is not won. Justice for consumers and for our planet will only be achieved when plant-based foods are given fair treatment with animal-based foods under the law.”

Indeed, EU law will still prohibit plant-based suppliers from using terms such as ‘milk’, ‘butter’ or ‘yoghurt’ on their products, even if the description goes on to indicate the product is non-dairy.

The European Dairy Association said the original proposed amendment would have provided further legal clarification to these existing rules and would have halted plant-based attempts to blur the lines between their products and dairy-based ones.

But its secretary general Alexander Anton claimed the amendment had been “perverted” during last week’s “opaque” trilogue to become the exact opposite of the legislation voted on by the EU Parliament last year. He added that the withdrawal of what had become a “compromise text” was actually “good news for the lactosphere”.

“The new rules for the Common Market Organisation with the continued protection of our dairy terms and operational market management tools are a cornerstone for our success.”, stated EDA president Giuseppe Ambrosi.

“Europe has delivered. With the future CAP, the European institutions have decided a modern and future-proof legal framework that assures that European agriculture is in line with today’s societal expectations.”