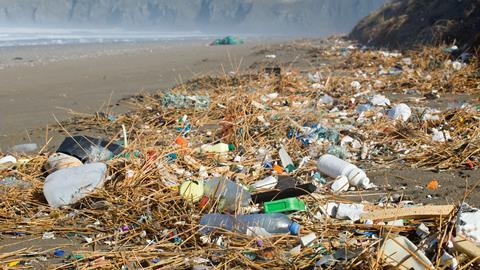 Has Iceland really taken the lead on plastic reporting?

Iceland has challenged rivals to publish their full plastic footprints. So is it really one step ahead of the competition?

Iceland laid down the gauntlet to other supermarkets last month, by publishing its first plastic footprint report and challenging rivals to do the same.

“Iceland is calling on retailers and other businesses to step up and commit to publishing their total plastic packaging transparently,” said Iceland MD Richard Walker at the time.

Yet within 24 hours, Lidl published its own plastic footprint, pointing out it was, in fact, its third annual one.

Like Iceland’s, it set out total plastic used in tonnes, broken down by brands and own-label, and also ‘secondary’ and ‘tertiary’ plastic used in the distribution, presentation and sale of products in stores.

So, has Iceland really gone further than others? And if so, in what way?

In fact, several supermarkets have published plastic totals, if not all in the same detail as Iceland and Lidl, who include secondary and tertiary.

Aldi has published its total plastic packaging tonnage for 2019 broken down into 10 categories including chilled, fresh meat and fish, and fruit & veg.

The Co-op’s sustainability report gives plastic packaging tonnage for every year from 2016 to 2019. Sainsbury’s has also released a total annual tonnage, as has Tesco, the latter broken down into branded and own-label with the percentage reduction from 2018 to 2019.

Morrisons, meanwhile, has published a percentage by which own-label plastic packaging was reduced between 2017 and 2019, and put a tonnage on that. It means a total, at least of own-label, can be calculated.

However, Iceland’s report includes a dataset previously absent from all other supermarkets. As well as tonnage, it sets out the number of individual plastic items the business used in 2019, broken down in the same way tonnage is: by branded and own label packaging as well as tertiary, including pallet wrap, and secondary, including shrink wrap and shelf-ready packaging.

Sian Sutherland, co-founder of A Plastic Planet, argues it’s important because “the number of items is directly related to how plastic breaks down in the environment. Smaller pieces break down faster.”

Wrap, leading the UK Plastics Pact, of which all the supermarkets are members, also wants item reporting. Wrap responded to Iceland’s report with the statement: “We are challenging our UK Plastics Pact members to improve the granularity of data that they supply us, moving towards more item-based reporting, so that we can continue to identify where we need to focus our efforts.”

So, has Iceland stolen a march on all its rivals by publishing its item numbers as well as tonnage? Well, not necessarily. At least, not for long.

Replying to The Grocer this week, Lidl provided new data including ‘unit numbers’, broken down into branded and own-label and different plastics, such as PET and PVC.

The discounter had been working on a definition for the metric with Greenpeace, and recently agreed one: any item that has over 50% plastic packaging within it.

As Iceland published its footprint, Walker said other supermarkets needed to step up or else “we will not be able to judge whether business actions are delivering real progress”.

“I think what Richard Walker is doing is saying let’s at least know the scale of the problem we’re dealing with, and here are our numbers,” says Sutherland.

His rallying cry appears to have had some effect.

Lidl’s plastic use in units

This analysis is part of The Grocer’s Green Issue