SodaStream machines and cylinders to launch into Sainsbury’s 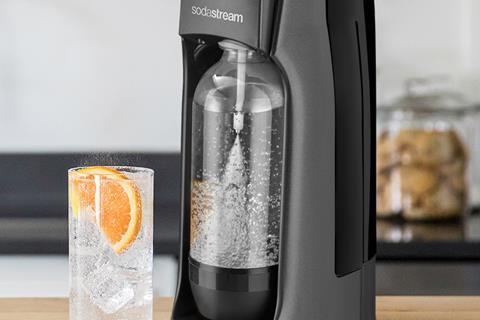 Sainsbury’s is the second major mult to list SodaStream

SodaStream has boosted its presence in the mults with a fresh deal with Sainsbury’s.

The deal will see SodaStream’s cylinders be available to buy and exchange in 580 locations, while the machines themselves will be on sale in 170 stores (rsp: £75).

“By making gas exchange more convenient than ever, we’ve made it even easier for our customers to cut down on their single-use plastic consumption, whilst being able to enjoy sparkling water from the comfort of their own home,” said SodaStream UK & Ireland general manager Tiago Alves.

It is the second major mult to list the brand – SodaStream made its grocery debut in Asda in April.

The brand also recently announced plans to switch its syrup bottles from plastic to metal, which it said would remove some 200 million single-use plastic bottles from the market by 2025.