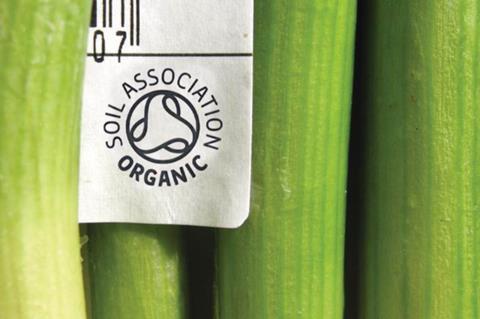 After a slump in exports to the EU since the start of the year, Britain’s Organic sector faces further turmoil over a European Commission proposal to revoke recognition of the UK’s organic certification bodies.

Following months of uncertainty, the UK’s six organic certification bodies were officially recognised by the EC last December for a period of 12 months, in an agreement that was separate to the UK’s trade deal with the bloc. However, there was currently no agreement to extend it, with the EC reportedly reluctant to do so.

Producers faced “a great deal of uncertainty as we head into 2022”, said Lee Holdstock, senior business and trade development manager at the Soil Association.

If no agreement on an extension to third country recognition was reached, it would likely mean organic products repackaged or relabelled in Britain after arriving from overseas could no longer be sent on to the bloc or to Northern Ireland, suggested a spokesman for the NFU.

The matter had “been up in the air for most of the year”, according to Roger Kerr, CEO of certified Organic Farmers & Growers, which along with the Soil Association has discussed a possible legal challenge on the issue.

“Before Brexit, a lot of agri-food products came through the UK before being shipped on,” Kerr added.

Several EU member states are against removing recognition of the UK bodies, according to OF&G. But if EU recognition of the accreditation bodies was revoked, it could see some UK-based businesses moving “a significant part of operations out of the UK, as they will need to sell in the EU”, Kerr warned.

The current uncertainty follows what Holdstock described as “some inevitable slowdown in trade” over the past 11 months, with Kerr noting how the organic sector’s “very integrated supply chains” with the EU had been “cut”, despite the EC’s recognition of the UK sector and the UK’s subsequent trade deal with the bloc.

HMRC data for the 12 months to September show total agri-food exports from the UK to the EU, including meat, cheese and fruit & veg fell by 22% in volume terms. Total food and drink exports, meanwhile, were down 17%.

It was “impossible in the HMRC trade data to split out organics so they may well have followed the overall trend”, added the NFU spokesman.

The European Commission did not respond to a request for comment.