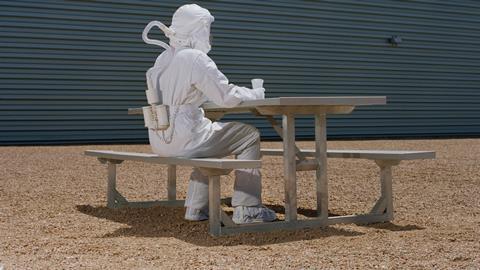 How to eat in a nuclear war: what our food system would look like post-apocalypse

With the nuclear threat level raised, what would an apocalypse mean for our food system?

There was a time when Penn State University research technologist Daniel Winstead viewed his work as something of “an abstract concept”. One of the Food Resilience in the Face of Catastrophic Global Events project team at the university, Winstead and his colleagues investigate what might happen after a global catastrophe like a large asteroid strike, nuclear war or supervolcano eruption, and test strategies for resilience in the food chain. Like Winstead’s latest paper on how wild edible plants in the tropics might help feed the surviving population.

“It did not enter my mind that it would be something that could happen any time soon. When we first started this project a couple years ago, nuclear war was certainly not in the headlines,” Winstead tells The Grocer.

The day after Winstead and his team had approved the proofs of the paper in journal Ambio, Russia invaded Ukraine.

“Shortly after, Russia put their nuclear forces on alert and immediately brought the same threats of the cold war back to the present time,” Winstead says. “It’s a tragic thing that this research is remotely relevant because of recklessness.”

On Putin’s publicised orders, Russia’s nuclear weapons forces are currently on high alert. In May, a Russian state TV host claimed Britain could be “plunged into the sea” by a nuke, a tidal wave carrying “extremely high doses of radiation. Surging over Britain, it will turn whatever is left of them into radioactive desert, unusable for anything”.

While one hopes that is just posturing, suddenly the work of Winstead and a small band of researchers around the world figuring out what food might be available post-nuclear destruction has become frighteningly salient.

The field of study was “certainly quite niche” explains Dr David Denkenberger, co-founder of the Alliance to Feed the Earth in Disasters (Allfed). “However, this has changed in recent months since the beginning of the conflict.”

As Winstead puts it: “A global sun-blocking catastrophe is more plausible than anyone would like to think.”

The nuclear strike would wipe out most living things in its wake. Radiation would be tragically persistent: A 2015 Greenpeace study in villages in the surrounds of Chernobyl found high levels of radionuclide contamination in milk, grain, mushroom, hay and wood samples – well above safe limits set by the Ukrainian government – 30 years after the disaster. 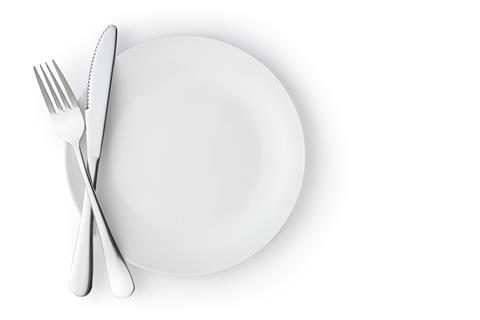 But the devastation would spread far beyond the direct blast zone. Massive forest fires and urban infernos ignited by nuclear weapons would burn for weeks, producing smoke that would soon block out the sun. And the heating of the estimated 150 Tgs of soot as it plumed into the sky would elevate much of it even higher into the atmosphere, above the rain clouds so it would linger for longer.

Sunlight would be dimmed “for months to years” says Brian Toon, professor of atmospheric and oceanic sciences at the University of Colorado Boulder. And it would get cold. Very cold.

In a 2020 paper, researchers estimated the repercussions of a ‘limited’ nuclear war between India and Pakistan would emit more than 5 Tg of soot into the stratosphere bringing the global mean temperature down by 1.8°C and precipitation by 8%, for at least five years.

As paper co-author Alan Robock says: “A ‘regional’ nuclear war would have global consequences. The world does not have the resources to prevent global famine.”

Their computer modelling found global caloric production of maize, wheat, rice, and soybean would fall by 13%, 11%, 3%, and 17% over the period. Some single-year losses were found to “quadruple the largest observed historical anomaly and exceed impacts caused by historic droughts and volcanic eruptions”.

It would simply be too cold, too dry and too dark to grow much of the produce we’ve become used to.

“I don’t think it would be possible to switch to other crops. It would depend on availability of seeds, know-how for the different crops, fertiliser, and distribution mechanisms,” Robock adds.

A conflict using less than 1% of the worldwide nuclear arsenal would have “adverse consequences for global food security unmatched in modern history” the 2020 paper concludes.

“A ‘regional’ nuclear war would have global consequences. The world does not have the resources to prevent global famine”

The bigger the conflict, the bigger the impact. “Estimates of reduced global food production range from around 10% to 90%, depending on the severity of the nuclear war, with an expected duration of around a decade,” says Denkenberger.

At first, nations could draw down on their food reserves. But they wouldn’t last long. Robock et al’s modelling estimate current global grain reserves to largely be depleted within a year of the conflict. Research by Baum et al in 2015 found global food stockpiles would run out within four to seven months.

“The world now lives by producing food continuously and transporting it where it is needed. Mass starvation will occur from any disruption, which you can see on a modest scale in the current problems with Ukraine,” Toon says.

Colder nations – now covering most of the northern hemisphere – might be able to import food, for a vastly higher price. “If trade is assumed to continue, then rich countries would be able to continue to purchase food,” says Denkenberger.

But that’s a big if. In the first year after a substantial nuclear conflict, Robock and colleagues found global trade could buffer the loss of production if exports bans came in only after reserves were fully depleted. But “regulatory measures might be imposed earlier” they warn and soon “the potential for a complete collapse in trade volumes, with all major exporters imposing bans on food exports”.

And that’s not accounting for “political decisions, including panic-buying, precautionary purchases, and other behavioural responses”.

As Denkenberger explains: “If global markets are suspended and the UK is no longer able to import food, the situation would be much worse.”

Those countries at higher latitudes would be hardest hit. As Toon puts it: “Sharing is not likely if everyone is threatened.”

There is no nice way to say it. “We estimate that most of the Earth’s population would die following such a war because of agricultural collapse,” Toon says.

Such hard truths make the science “a challenging area to work in” says Denkenberger, “especially given that it’s focused on a situation that we all hope never happens. It is surely good if someone helps to prepare for the unexpected, though, right?”

“There are thousands of edible plants out there,” he says. “Many are more nutritious than the 12 crops we feed the human population with.”

Their ability to feed the world might be limited, however. It’s likely people from the US and Europe would emigrate south, away from the permafrost. “The displacement of people would be immense,” Winstead says. “Of course, there is already a history of the US and Europe forcefully taking tropical resources, so hopefully there would be some diplomacy. But in a co-operative environment, there could be a lot of tropical resources made available to temperate areas,” he adds.

Allfed is busy coming up with other potential long term solutions. Potatoes and mushrooms – which flourish in darkness, would be crucial. But staple crops could be quickly relocated to regions suitable for growing or grown within low-cost open-source greenhouses, it says. In its research into feasible post-disaster diets farmed seaweed could also make a significant contribution to the diet, because it can grow in low light levels, and is protected from ultraviolet light (which could increase following ozone layer damage induced by nuclear explosions). Nor does it compete with land-based farming for land.

The group’s research suggests sugar production could stave off starvation by repurposing pulp and paper mills, sugarcane biorefineries, corn biorefineries, and breweries for lignocellulosic sugar production given five months of production ramp-up and 24/7 construction. There is also “significant potential”, the group says, for synthetic fat to be made from petroleum. 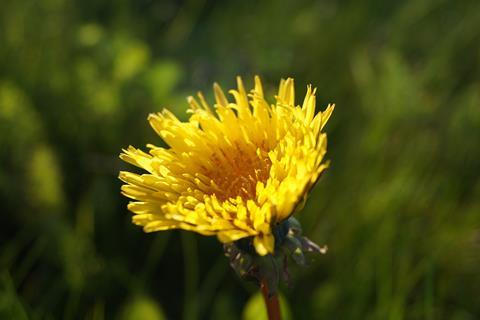 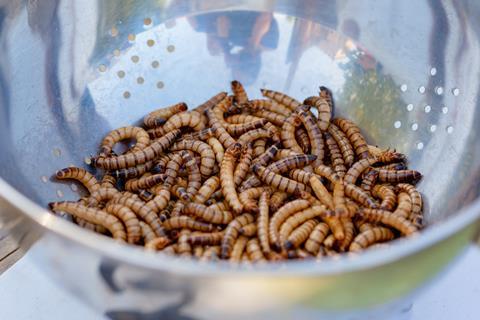 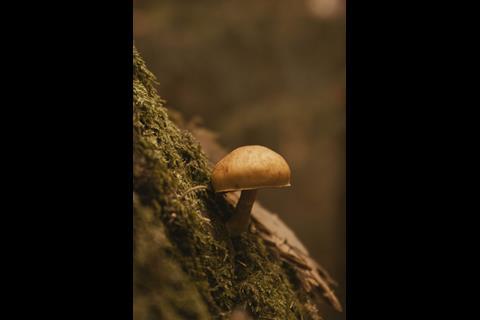 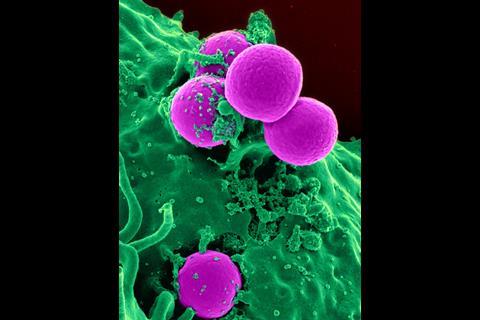 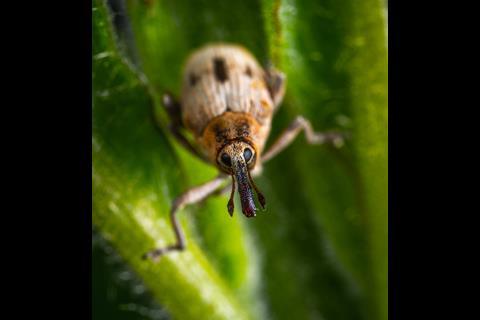 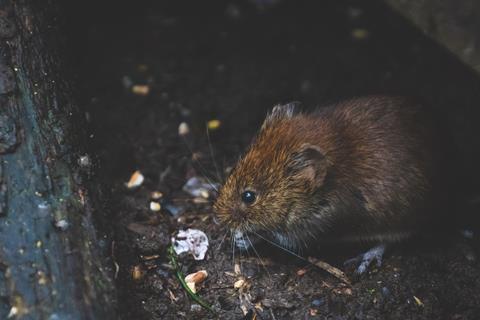 These could become daily diet staples

Assuming industry survived in all but the worst hit areas, these alternate foods would meet our nutritional needs. Such solutions require the continuation of industry, some sort of leadership and pre-disaster planning.

“It is incredibly difficult to predict how the global community would respond, and whether there would be co-operation or further conflict,” says Denkenberger.

It had been a constant challenge for groups like Allfed to convince governments to worry themselves with “high-impact low-probability events”. Like, say, a global pandemic.

“Covid-19 has certainly made governments take tail risk and resilience more seriously, so they are more willing to engage in dialogue,” Denkenberger says.

The pandemic showed “when times are tough, countries tend to prioritise their national populations”, but “we have also seen that the global community certainly has the ability to co-ordinate an effective response and that many governments, organisations and individuals do have the capacity and the will to look beyond their own backyard”.

“In areas where infrastructure is not destroyed, if economies continue to function, citizens may be able to shop,” he adds.

“Yes, we study horrific consequences of using nuclear weapons, but our work is to prevent that from ever happening, by making the world aware of the consequences,” Robock says. “As then presidents Ronald Reagan and Mikhail Gorbachev said at their summit in Geneva in 1985: ‘A nuclear war cannot be won and must never be fought’.”

Denkenberger hopes Allfed’s work makes more people aware of “the avalanche of threats and hazards facing our global food system and the need to invest in more global food system resilience to avoid catastrophes down the road”. But, he adds, “the main takeaway is hope, and the potential of emerging technologies and human ingenuity to ensure our survival in even the direst of circumstances”.