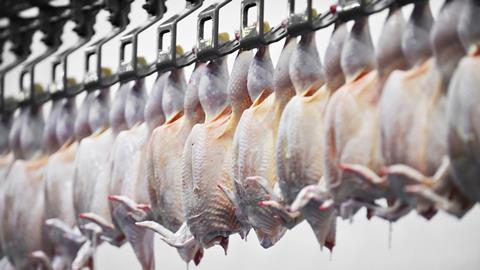 Why are opportunities to address food standards in new legislation being passed up?

Brexit is back on the agenda and once again, food is taking centre stage. Even the cabinet are now said to be clashing over protecting food standards in a US trade deal.

MPs, farmers, and campaigners have feared a deal with Washington could lead to a flood of cheap imports that put British farmers out of business for almost four years now, but a seeming rift between trade secretary Liz Truss, and environment secretary George Eustice, is highlighting the growing political magnitude of the issue.

Although the government insists it will not compromise on food standards as part of any trade deal, many remain concerned that a lack of legal guarantees leaves the door open to US negotiators. They are left pondering: could British food standards be lost in name of free trade?

The Conservative Party manifesto last year contained a clear pledge: “we will not compromise on our high environmental protection, animal welfare and food standards.” While reassuring at the time, MPs and farmers have since become dismayed by the government’s decision against enshrining the protection of British standards in law in either the Agriculture Bill or the Trade Bill currently passing through parliament.

“There’s a bit of gameplaying going on,” says Nick von Westenholz, director of EU exit and international trade at the NFU. Initially, he explains, MPs were told not to support changes to the Agriculture Bill because the Trade Bill due later would be a more suitable place. But to the ire of the NFU and many MPs, now the Trade Bill has come onto the agenda, it is batted away with a similar message. “We are being led down the garden path, we really are,” Neil Parish, MP and chair of the Efra committee, told the Commons this month.

Defra secretary George Eustice defended the government’s decision not to amend the Agriculture Bill on the BBC’s Farming Today, arguing any inclusions could cause “potential problems with some of the existing continuity trade agreements.” It was an argument met with short shrift across parliament. “When there’s a will there’s a way with drafting things,” says Angus MacNeil, MP and chair of the international trade committee.

But others are less convinced. While drawing red lines ahead of trade negotiations may score certain political points, there are doubts that such a hard-line approach is appropriate. “There needs to be a bit of humility in the sense that the food standards in place are not necessarily the gold standard worldwide,” says Emily Rees, founder of Trade Strategies.

While British standards are a justifiable source of pride for the sector, they would be often unsuitable in other parts of the world where geographical and environmental factors could differ greatly. Rather than pledging to maintain British standards come what may, the government should focus on alleviating any potential costs in one negotiation by realising new opportunities elsewhere, argues Rees.

“In any trade deal you will have within your agricultural sector, winners and losers. The question is how you use your FTAs and your network of FTAs to balance that out for everyone.”

While the government frequently touts those industries due to benefit from a US deal, possible losers have unsurprisingly garnered less attention, with food production widely seen as perhaps the sector with most at stake. Trade ultimately drives economic growth through competition, says James Kane, associate at the Institute for Government, an area in which agriculture is particularly susceptible.

But to protect it will come at the cost of others. “If you want to maintain UK farming and food production at a certain size, then you’re going to have to accept trade-offs for that in other areas because what you’re effectively talking about there is subsidies,” he explains.

Yet now with the country craving economic growth more than ever, free trade’s ability to deliver growth and prosperity is likely to become increasingly appealing. “The winners should be the industries that are strong, and the losers should be the industries that are weak. It’s the same as competition within a country,” argues Sean Ramsden, founder of Ramsden International and a member of the government’s Strategic Trade Advisory Group.

It is an argument that has not escaped the NFU’s von Westenholz, yet so long as the government refuses to acknowledge this, any genuine debate will remain hard.

“If farming has to be the sacrificial lamb to get a free trade deal to the net benefit of others and the wider economy, at least be honest. But it’s not. It’s being sold as ‘this will work for everybody’”.