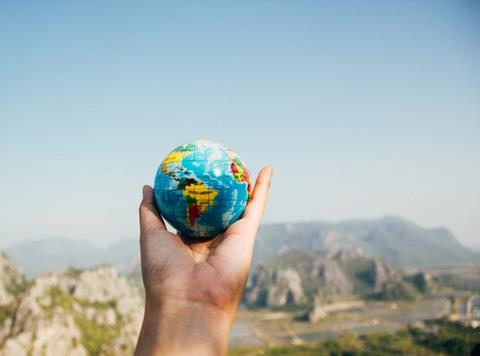 The surfeit of planet-saving ideas in grocery is heartening, but it’s the simpler measures that look the best – for now

Our planet is hurtling towards disaster. A report this week from the UN Intergovernmental Panel on Climate Change warned the Earth has as little as 12 years to limit the disastrous effects of climate change. Global warming could reach 1.5°C as soon as 2030 if it continues to increase at the current rate, according to an IPCC report. Which means there’s precious little time before our climate becomes irreversibly damaged unless drastic measures are taken.

Luckily, there are many moves being made to save the third rock from the sun – not least by the fmcg industry. In the past day or two alone, Mondelez has ramped up its sustainability commitments with the aim to make all its packaging recyclable by 2025; Iceland has scrapped 5p plastic carrier bags in all stores in favour of 10p bags for life; and Unilever has rolled out its Seventh Generation brand of biodegradable household cleaning fluids and 100% recycled and recyclable packs. And there’s plenty more where that came from.

But are even more eco-initiatives needed? Of course! Is the industry in danger of getting ahead of itself? Maybe.

Plastic reimagined: how are brands battling the problem?

There are numerous well-meaning ideas out there that are admirable in intention but perhaps not quite fully formed. Take, for instance, the John Lewis Partnership’s trial of reusable cups containing RFID chips to track their return to a drop-off point. Users register their details, and can be incentivised to return the cup through texted reminders and charges for keeping it.

That seems kinda cool: using Oyster card tech for green purposes. But many questions arise, like, what’s the environmental impact of making these microchips? Won’t people fear their on-the-go cuppa is tracking their movements? And doesn’t the return scheme seem rather convoluted, especially since affordable reusable cups can be bought outright from numerous outlets?

Then there’s Life Water’s ethical 330ml can, launched in the spring in an effort to encourage Brits to reduce their use of plastic. It’s made with 70% recycled aluminium and contains no bisphenol A (BPA), an industrial chemical used to make plastics and resins. Nice. Except it’s not resealable. So, you end up with a steadily warming cold beverage in your hand – which is not how people like their on-the-go water.

That’s not to say, however, JLP and Life Water’s ideas are unworkable. They could be hits once the kinks are ironed out – and, let’s face it, there’s no packaging panacea. The surfeit of ideas in grocery for side-stepping environmental disaster is extremely heartening. But it’s the simpler measures like using recycled plastic and axing single-use carrier bags that look like the best ones – for now, at least.