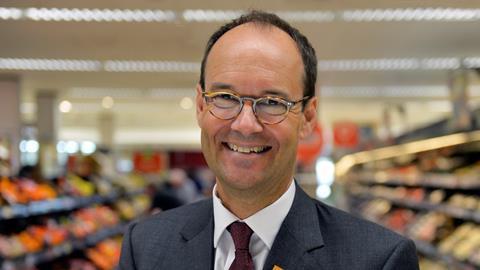 When Sainsbury’s first announced plans to merge with Asda last year, CEO Mike Coupe faced a great deal of scrutiny over his claim there would be no store closures as a result of the deal.

Whether that would have proved the case is a moot point, but there is a certain irony that less than six months since the CMA blocked the deal, Sainsbury’s today announced the planned closure of 125 stores.

Outlining the retailer’s strategy earlier today as part of its Capital Markets Day presentation, Coupe was keen to put the news in as positive a light as possible. He highlighted, quite fairly, that the latest review would result in a net increase in store numbers.

Over the next five years, 10 new supermarkets will open as the retailer shuts between 10 and 15. It will open a further 80 new Argos branches within Sainsbury’s stores while at the same time closing 60 to 70 standalone Argos outlets, and it is aiming to open 110 new convenience stores and close 30 to 40.

Coupe would not be drawn on how many jobs would be affected in the shake-up, but said he stood by Sainsbury’s record of finding alternative roles for employees. He was also at pains to point out that there were currently more people employed in the Argos side of the business than when it bought it 2016.

The review is just one part of wider plans to future-proof the business while dealing with the day-to-day competitive nature of the UK grocery business. It says it has identified £500m of cost savings that can be delivered over the next five years through buying better, both in terms of the products it sells in stores as well as those it doesn’t (such as its vehicles and staff uniforms), improving efficiency and further integration of Sainsbury’s and Argos. Speaking today, Coupe suggested it was a mere coincidence that this is the same cost saving figure it said the Asda merger would deliver.

At a trading level there have been positive signs for Sainsbury’s in the past couple of grocery market share figures from Kantar. While not exactly recording stellar growth, it has been the strongest performer of the big four in recent months. According to food commercial director Paul Mills-Hicks this is down to being “a lot punchier” on price, particularly on core everyday items. This has helped convince shoppers to pick up the extra one or two items they previously might have gone to Aldi or Lidl for. He said Sainsbury’s was currently the member of the big four least affected by customers switching to the discounters. He also argued it is benefiting from Waitrose and M&S shoppers switching to Sainsbury’s.

This week Sainsbury’s is introducing 12 new own-label brands to replace the Basics range Mills-Hicks admits was not doing the job it was supposed to do. The move echoes the Exclusively at Tesco strategy, which that retailer has credited with playing a big part in its own fightback against the discounters. If Sainsbury’s can achieve the same success then it will have taken a big step towards having a far more credible offer for the current trading climate and addressing the biggest driver behind the Asda merger in the first place – becoming more competitive.

For Sainsbury’s customers, staff and shareholders, it will be a relief to know there actually is a plan at all after the collapse of the merger. And – whisper it – it just might work.