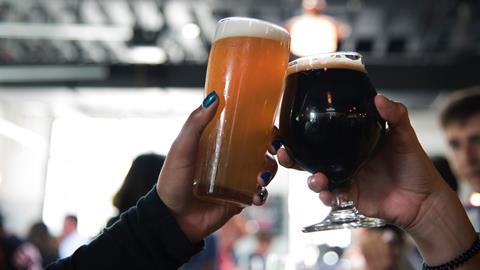 The supermarket craft beer boom is great for shoppers. But it comes at a price

It’s a painful reminder of what the commodification of craft beer sometimes means for smaller players: there’s simply no way many indies can compete against the buying power of the supermarkets, and, now that the likes of Tesco have fully embraced more experimental styles, they’re being leeched of their USP as well.

Craft beer fans are, understandably, upset. That last week Magic Rock followed in the footsteps of London’s Fourpure by selling to Australian brewing giant Lion has, for many, added insult to injury.

It’s emblematic of how the craft beer sector, which more so than any other in recent years came to prominence thanks to its zealous fixation on independence from big business, has ended up. Like so many countercultural movements before it, it is being swallowed by what it so desperately sought to escape.

Here’s the thing: beer is a commodity. There’s no arguing against that. It’s been a commodity since it was brewed by Mesopotamian tribes thousands of years ago. Just because you pay £5.50 for a beautifully-designed 330ml can from a quaint bottle shop in Hackney doesn’t make it any less so.

But we shouldn’t shrug off the woes of The Bottle Shop et al as “just business”.

First, a disclaimer: I have myself been guilty of scoffing when beer industry folk launch into repetitive tirades against the ‘evil’ of supermarkets.

That the retailers have wholeheartedly embraced craft beer is good for consumers, I am certain. The craft beer world is often too detached from the simple fact that, like it or not, craft beer is fmcg. Well-crafted, boutique fmcg, yes, but fmcg regardless.

Besides, if you want to play in the free market, you’ve got to accept the risks, right? Surely if competition with supermarkets didn’t factor into your SWOT analysis then you probably shouldn’t be starting a drinks retailing business in the first place.

The argument follows that cheaper, more plentiful craft beer in the supermarkets will bring umpteen drinkers into the category, prompting greater interest in more outré styles and premium brews that will drive shoppers from the supers back into the indie sector. Trickle-down economics, essentially.

So far the theory. The reality, however, often looks very different. The odds were unfairly stacked against small retailers before Tesco had even heard of Camden Town Brewery, and have become even more unfair since.

Increased competition would be much easier to swallow were the likes of The Bottle Shop not also having to deal with outrageous business rates, higher staff costs (paying a living wage, though a moral necessity, does not necessarily lend itself to making any money yourself). All the while the popular craft beers they would have made a decent margin on are appearing on supermarket shelves at prices they will simply never be able to match.

There isn’t really a satisfying answer here. These issues ultimately aren’t the responsibility of the supermarkets, who are just doing what supermarkets do – and doing it very effectively, I might add.

Should entrepreneurs not embrace the chance to grow beyond their wildest dreams by selling to a bigger brewer? Should big retailers deliberately cut themselves off from the biggest trend to hit beer since the dawn of the century? Neither are realistic demands. But to shrug off the unpleasant downside to all of this is callous and inconsiderate.

The range of beers hitting Tesco’s shelves from today is probably the widest selection of craft brews some of Britain’s shoppers will have seen in their lives. But applauding Tesco’s buyers for the job they’ve done and lamenting the cost to small businesses aren’t mutually exclusive.

Let’s hope those who argue that greater availability means bigger gains for all will be proved right in the long term. Otherwise we’ll surely lose more and more independent beer businesses. And Britain’s high streets will be worse off without them.