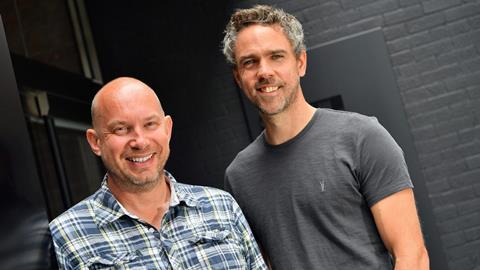 What does the CMA merger block mean for Seedrs and Crowdcube?

When crowdfunding platforms Crowdcube and Seedrs called off their merger last week amid a full-scale investigation by the CMA, both talked of bright futures as independent companies.

Jeff Lynn, the Seedrs founder, was upbeat despite “fervently” disagreeing with the watchdog. The platform had seen a “great” first quarter, he said, with Passion Capital raising more than £2m in a matter of hours and MacRebur pulling in £1.6m and counting in two separate pitches last week.

The platform also tweeted a photo of the Ever Given stuck in the Suez Canal with the giant container ship labelled ‘The CMA’ and a tiny tractor beside it as “Seedrs trying to create an environment that allows the UK’s start-up ecosystem to thrive in a global context”.

Crowdcube also painted a sunny picture of the future, hailing its “outstanding level of growth” and “very strong financial position”.

The defiant statements were a notable change of tone to their submissions to the CMA, where they warned blocking the deal would threaten the future of the platforms.

In its submission documents, Crowdcube warned that both companies were “unprofitable and cannot both achieve profitability independently of one another in the absence of the proposed merger”.

“At least one of the parties will be compelled to discontinue trading,” it warned, causing “significant disruption to many SMEs… and an undermining of competition in equity finance provision.”

While the parties were unlikely to tell the CMA that business would boom whatever the decision, these warnings do not look like hyperbole.

While growing in prominence – particularly in funding for food and drink and other consumer brands – the platforms have struggled to operate profitably. Most recent accounts show Crowdcube recording a pre-tax loss of £2.6m in 2019 (on top of £3m in 2018) and Seedrs a pre-tax loss of £5.1m.

Not for the first time, pleas to the CMA that blocking a deal would imperil the relevant businesses fell on deaf ears, with the body seemingly prioritising competition concerns over the possible survival of businesses.

Last year, Greencore agreed a rescue deal for stricken sandwich maker Adelie and hoped to get an unofficial nod from the CMA that it would not object to the merger. No such tacit assurances were forthcoming and the rescue fell through.

Further back, Poundland’s deal for 99p Stores was eventually waved through, but not before the delay caused by the CMA investigation meant the latter was on the path to collapse.

While the argument over the future of the companies cut little ice with the CMA on these occasions, there was a notably different approach in its decision on Amazon’s investment in Deliveroo. In this case, warnings of the latter’s potential impending collapse were taken into consideration when giving Amazon’s investment the green light. The CMA has subsequently come under fire for buying Deliveroo’s sob story, given it is just about to list for £8bn.

But putting aside arguments about the future viability of the fundraising platforms, in this case it is hard to argue with the CMA’s contention the merger would have caused a lessening in competition. Essentially, a virtual monopoly was set to be created.

Seedrs and Crowdcube argued they were competing with other forms of startup financing – such as angel investment and VC finance – as much as with each other. But that seems rather like two car manufacturers claiming they are not significant competitors because plenty of people use trains, buses and bikes.

Fundamentally, the business models of Seedrs and Crowdcube are based on listing fees – and in this area they are direct competitors and pretty much the only shows in town, with other platforms accounting for just 5% of remaining crowdfunding market.

One source told The Grocer the two regularly fought each other on fees to secure business, with entrepreneurs “playing the platforms off against each other” to secure better terms.

Clearly a merger shifts a lot of this power to a newly combined crowdfunding giant – and the general feeling among food and drink brand owners who use the platforms is one of relief the merger has been scuppered.

Nonetheless, crowdfunding has become an increasingly important source of funding for the food and drink industry – since 2011 more than £2bn has been invested in campaigns on the platforms, with food and drink the most popular investment sector. Therefore, the industry has an interest in both platforms continuing to operate successfully and independently.

Of course, the biggest lessening of competition in the sector would be if one of the platforms was unable to continue – leaving just one significant player in the game, but without the scale and market presence that the merger would have provided.

It should be hoped for everyone’s sake that the platforms’ talk of a strong and profitable future amid “unprecedented” demand will come to fruition and show the CMA to be right in its decision.