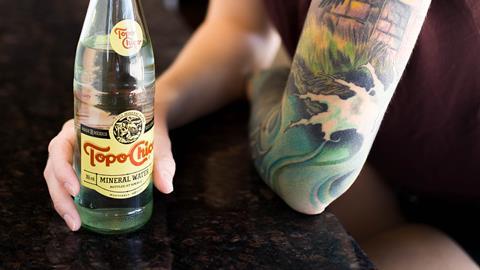 When will Coca-Cola loosen its lips on its plans to move into booze?

Alcohol usually makes people garrulous. But that’s not the case with The Coca-Cola Company. It’s staying resolutely tight-mouthed about its latest plans to break into booze.

The US supplier last week teased the imminent launch of Topo Chico Hard Seltzer, saying it was “an experimental drink inspired by Topo Chico sparkling mineral water, which has been popular with many mixologists”.

The NPD would be available “in select cities in Latin America later this year” Coca-Cola added. “We will share more details closer to launch.”

When approached by The Grocer, the fmcg giant declined to comment on a possible UK rollout for Topo Chico Hard Seltzer, saying only that it was “committed to exploring new products in dynamic beverage categories, including hard seltzer”.

And exploring it is. In June, the supplier’s UK arm, Coca-Cola European Partners GB, registered the name EH Canning Co with the Intellectual Property Office, under classes 32 – including beer, mineral water, fruit drinks and preparations for making beverages – and 33, which covers alcoholic beverages except beer.

What might the brand be? Well, CCEP’s as coy as its parent company. So, let’s guess. A range of ready-to-drink cocktails? Maybe. After all, the supplier has already unveiled Signature Mixers, a four-strong soft drinks range created in collaboration with bartenders to pair with dark spirits. RTDs would be the next logical step.

Could EH Canning be wine? Possibly. Coke did briefly own some US wine brands about 40 years ago. And compelling NPD is what drove sales for the UK’s still wine market last year.

But the clues hint strongest at hard seltzer, the low-cal tipple made with mineral water. It’s increasingly popular with young adults and, arguably, is the most dynamic sort of booze right now.

Coke’s been playing with it for a couple of years. In 2018, it announced it would tap Japan’s thirst for chu-hi – canned, flavoured drinks usually made from sparkling water and grain spirit. Now we have Topo Chico’s imminent NPD, which will join a global hard seltzer market predicted last week by Grant View Research to become worth $14.5bn (£11.1bn) by 2027.

In the UK, meanwhile, hard seltzer is a fast-growing sector, with launches in the past couple of months alone from the likes of Smirnoff, Bodega Bay, Keepr’s, Served and Aldi’s Nordic Wolf. Those aren’t the sort of competitors likely to scare the leviathan from Atlanta.

Even were US sensation White Claw to finally join the hard seltzer fray over here, Coke would barely break a sweat as it continued its aim to become a ‘total beverage’ business with the mantra “grow our core and add more”.

Let’s hope the company loosens its lips about its boozy ambitions soon.