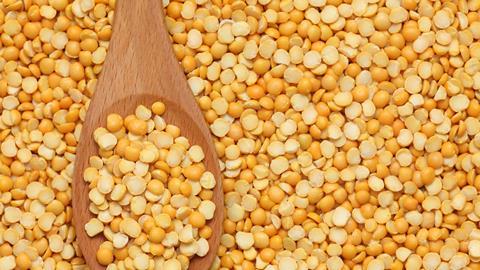 Let’s face it, the yellow split pea is never going to be an Instagram star. It doesn’t have the visual appeal of the avocado. Nor the celebrity following of chia seeds. And it certainly isn’t going to be the next goji berry. Yet it is boasting growth that would make more photogenic foods green with envy. For the yellow split pea is the raw material behind one of the hottest ingredients in fmcg right now: pea protein.

The figures say it all. In 2017, the global pea protein market was worth $32m (£26.2m), according to an Allied Market Research report. That figure is expected to rise to a whopping $176m (£144m) by 2025. These projections were enough for US meat giant Cargill to invest $75m (£61.5m) in pea protein producer Puris last month. As protein technology expert Henk Hoogenkamp puts it, “the whole world is going after pea protein”.

What’s more, the UK is a driving force behind this boom. It accounted for 11% of global food and drink launches containing pea protein in the year to July 2019, according to Mintel figures. That makes it the highest in the EU. Globally, it’s second only to the US, which accounted for 20% of launches.

All of which is making pea protein decidedly hot property. And it’s likely to become an increasingly important ingredient in UK food and drink.

There is one macro trend to thank for this boom: veganism. Demand for ever-more imaginative and nutritionally complete plant-based fare is forcing manufacturers to think creatively. The natural properties of pea protein – it is around 80% protein, for starters – have made it a useful tool in innovation. According to Mintel, 11.9% of meat substitutes launched in the UK in the past year contained pea protein.

It started with smaller companies. Danish brand Naturli, for example, has used pea protein in its range – including plant-based mince and a chicken substitute – since last year. Founder Henrik Lund is clear on why so many of its products use the ingredient. Partly it’s down to its neutral taste. “Pea protein doesn’t have the soya taste,” he explains, but it is also “nutritionally very interesting, with the same bite and texture as soya.” 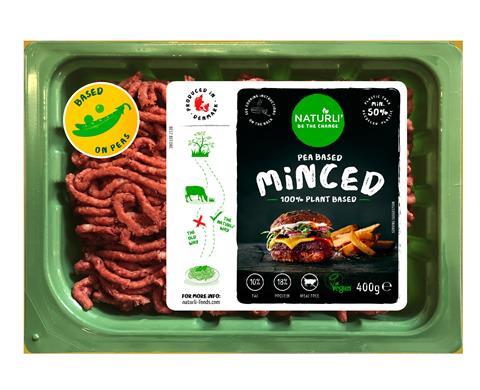 Plenty of vegan brands have come to the same conclusion. Moving Mountains, Meatless Farm Co and Beyond Burger are among the startups using pea protein for their plant-based fare.

It’s not just meat alternatives, either. Sports nutrition brand Pulsin, for example, says it was one of the first in the UK to use peas as a plant-based alternative to whey protein. Sales of its pea-based products – including a standalone pea protein powder – have steadily increased since launch. “Pea protein has grown quicker than all the other protein powders we do. It’s now our number one-selling protein powder and even outstrips whey,” says Pulsin MD Simon Ashburner.

Then there’s meal replacement company Huel, which has just hit £40m in sales globally. Co-founder and head of nutrition James Collier sees pea protein as a vital part of delivering its vegan yet “nutritionally complete” product. Its high protein and amino acid content made it an ideal ingredient for a meal replacement product, he says. He’s not alone in that belief. Mintel says meal replacement drinks and shakes accounted for 16% of all pea protein launches in the past year.

Now bigger operations are getting on board. Unilever uses pea protein in its Magnum and Ben & Jerry’s vegan ice creams. Birds Eye sources it for its vegan Green Cuisine range – and marketing director Steve Challouma says it is “looking at how we can extend the range of products containing pea protein”. In June, Tesco unveiled a Wicked Kitchen caesar wrap using the protein. Derek Sarno, Tesco’s director of plant-based innovation, promised it would be the first of many such products.

Joel Gfeller, chief of innovation at fellow plant-based brand Good Catch, says “pea protein is a premium ingredient, new to the market and innovative with unique flavour and texture qualities that other proteins do not contribute. There is more of a gentle, subtle bite and tender texture.” 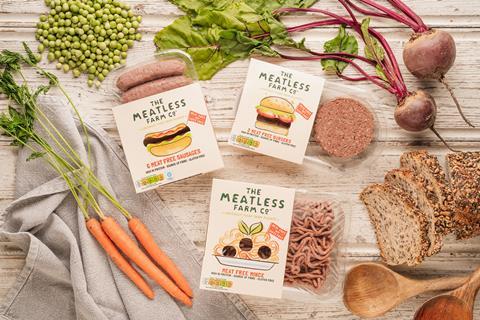 The Meatless Farm Co uses pea protein for its range, which includes burgers and a mince substitute 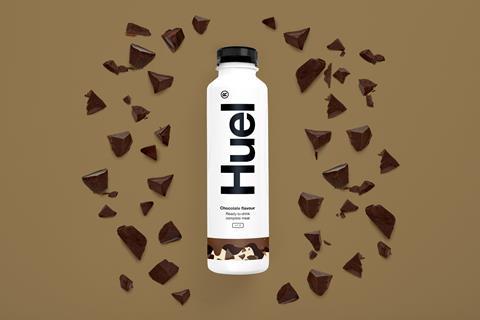 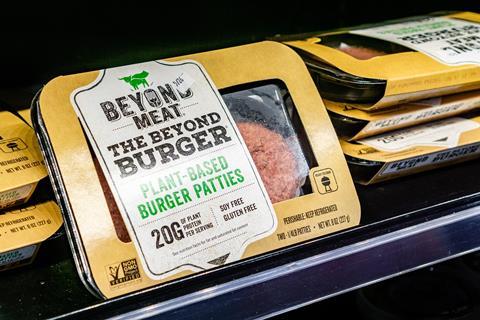 The Beyond Burger, which launched into Tesco last year, counts pea protein among its ingredients 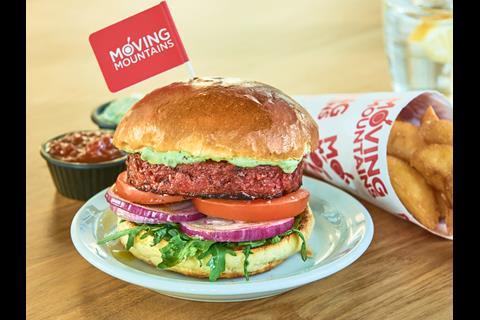 One of the UK's first 'bleeding' vegan burgers, Moving Mountains arrived into foodservice in 2018 with a pea protein base 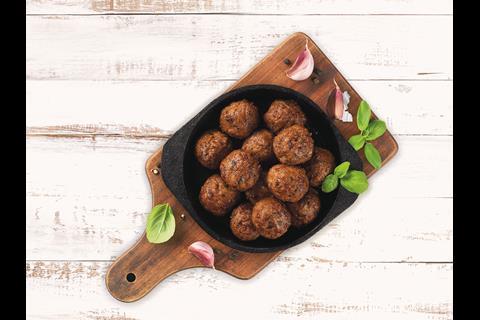 Birds Eye unveiled its vegan Green Cuisine range in March, including Swedish style 'meatballs' and burgers that use pea protein as a base

The benefit for brands is largely a functional one. There is little, if any, consumer draw at present. In our poll of 988 consumers by Streetbees, 49% said they hadn’t tried a product containing pea protein. A further 27% said they didn’t know – suggesting many consumers are eating vegan food without looking too closely at the ingredient list.

But as consumers become more savvy about what they eat, pea protein could start to have a stronger pull. Nearly half of consumers in our Streetbees poll said it was important for vegan products to come from a sustainable source. And pea protein is largely seen as more sustainable than its main rival: soya. “In Scandinavia and the UK, people have become very antagonistic towards soya,” says protein expert Hoogenkamp. “They see the soya industry as depleting the rainforest.”

The latest Amazon fires will only make this issue more pressing. Mark Driscoll, founder of sustainable food consultancy Tasting the Future, says the negative perceptions are slightly unfair. Most of the environmental impact is from soya grown for animal feed, rather than for human consumption, he notes.

Still, pea protein has solid sustainability credentials. Like soya, it puts nitrogen back into the soil – making it what Driscoll terms a “regenerative crop”. The edge is that pea protein can be grown closer to home. Currently, the majority of pea protein is produced in far-flung countries such as Canada and China. Considering the rate of growth in the market, that may all change. There has already been talk of a pea protein shortage and a race to secure supplies.

That makes it a potentially lucrative market for UK agriculture to enter. Nick Saltmarsh, MD of British pulses supplier Hodmedod, says Britain has the “ideal climate” for growing yellow split peas. And Hodmedod says sales of its yellow split pea flour have “more than doubled in the past year”.

Currently, most British farmers are concentrating on these “whole food” products. But Saltmarsh says “people are looking at being able to do protein isolation and extraction” in the UK. As the market develops, he sees the yellow split pea becoming a real source of income in homegrown agriculture. “There is clearly going to be an increase in demand, so I think there will be a much bigger incentive for farmers.” 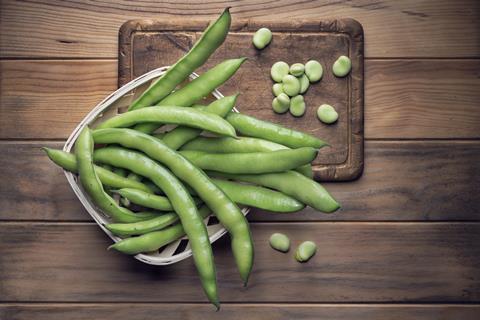 What’s more, Saltmarsh foresees the pea craze opening up the doors for other plant-based proteins. Fava bean flour was one of Hodmedod’s first products – and Saltmarsh can envisage the protein form getting in on the vegan boom. “When we first started our business, fava beans were largely going to the export market or used for livestock. We wanted to get them back into British kitchens,” he says. “You can extract protein in a very similar way to yellow split peas.”

Pulsin’s Ashburner also tips fava beans as one to watch. “I think fava bean is the next exciting protein,” he says. “Pea protein extract is about 80% protein, fava bean goes all the way up to 90%. And it has many of the same benefits.”

So perhaps it’s not just peas we should be giving a chance.