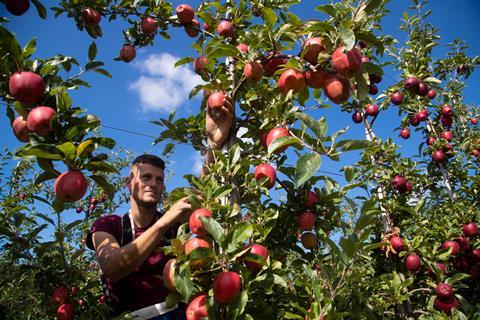 The fresh produce sector remains riddled with uncertainty over its access to seasonal workers just three months before the UK fruit and veg season begins to ramp up, The Grocer has been told.

Before Christmas, the government announced the size of the UK’s seasonal agricultural workers scheme pilot (SAWS) would be trebled to 30,000 permits for the 2021 season – despite the industry calling for at least 70,000 permits.

Defra has now begun the process of appointing two additional contractors to run the expanded scheme alongside existing firms Pro-force and Concordia.

But despite describing the SAWS extensions as a “big win” for the fresh produce sector, chair of the NFU’s horticulture and potatoes board, Ali Capper, warned the timeline for the appointments was causing “nervousness”.

“[The government] has made some commitments on timings but I expect we won’t know who the new operators are going to be for definite until March or April and that doesn’t give them very long to then bring permitted workers in,” she said.

“There’s a lot of work to do to ensure it’s delivered in time and that the numbers [of workers] we need are there and that if they’re not, action is taken and taken quickly.”

Under Defra’s current timetable, the new SAWS operators will be appointed by 12 February but will then have to wait until 19 March to have their plans approved or rejected by the Home Office. It may then take until June for these firms to be licenced – the peak of the UK harvest season.

In addition to the concerns over the SAWS timetable, growers were also said by Capper to be in the dark over how many EU nationals with settled or pre-settled status would return to the UK this year.

NFU figures from its October seasonal worker survey suggested 60% of current workers held settled or pre-settled status. But the survey only covered half the workforce and returnee rates were said to be only 30% from the previous year.

“There’s going to be a lot of concern in Europe as to whether individuals want to travel here, there are going to be issues around whether they can travel here because countries may restrict travel [due to Covid-19] and then there’s going to be things like the availability of testing [if entry to the UK is dependent upon a negative result for Covid-19],” Capper explained.

She added she expected the start of 2021 would mirror that of 2020 when a shortfall of workers due to Covid-19 travel restrictions forced some growers to charter aircraft to fly experienced seasonal labour into the UK.

Capper’s comments come as the Association of Labour Providers (ALP) has launched a new ‘Extra Workers Needed Portal’ for the food supply chain in a bid to address critical worker shortages.

The portal will allow firms to post their requirements for free on the platform and then be contacted by UK-wide and local GLAA licensed labour providers that could supply them.

The move had come about after a survey by ALP in November found 92% of food growers and manufacturers believed there would be an insufficient number of skilled workers to meet the UK food supply chain’s needs in 2021.

ALP CEO David Camp said the portal was designed to also include growers because there had been no confirmation over whether the ‘Pick for Britain’ scheme would be reintroduced this year – despite Defra saying it planned to work with the industry to build on 2020’s campaign.