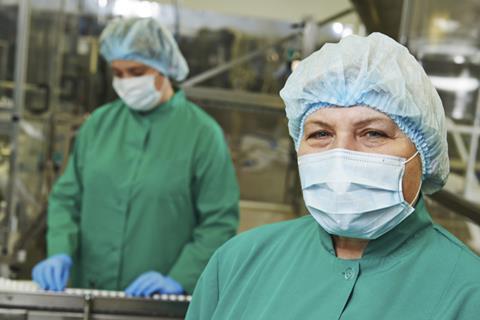 The salary threshold for immigrants in a post-Brexit skills-based immigration system should be lowered, according to the independent Migration Advisory Committee.

However, food industry bodies have warned the proposals of the committee, which advises the government, have not gone far enough to tackle its growing labour crisis.

The MAC’s report, published on 28 January, suggested dropping the current threshold for immigrants seeking to permanently live and work in the UK by £4,400 to £25,600.

Salary thresholds were vital “to prevent undercutting” in the domestic jobs market and to ensure migrants were net contributors to a “high wage, high skill and high productivity economy”, it said.

However, it warned any new system would have to be introduced soon to give employers a sufficient period to adjust to what were likely to be “substantial changes”.

A Home Office spokesman said it would “carefully consider” the report’s recommendations before setting out further detail on the UK’s future immigration system. However, home secretary Priti Patel hinted the government would not follow all of its recommendations yesterday (28 November) when she stressed the report was “advisory”, while the public had voted for Brexit and for tougher immigration rules.

Reducing the £30,000 minimum salary threshold for skilled workers to £25,600 would be “a step in the right direction”, said Food & Drink Federation COO Tim Rycroft.

“Nevertheless, we would urge the government to consider going further still by adopting the ‘going-rate’ system that would also allow our members to recruit the talent they need at all skill levels.”

His comments were echoed by the BRC, which sought to remind the government the food sector depended on workers of “all skill levels”.

“Where vacancies cannot be filled from the local labour market, retailers must be able to recruit from the widest talent pool available,” said BRC director of business and regulation Tom Ironside.

Further down the supply chain, the meat and poultry sectors were at pains to stress their reliance on migrant labour.

The British Meat Processors Association said 70% of its staff originated from outside the UK, while the British Poultry Council put their dependency at 60%.

“Reducing net migration does not always go hand in hand with satisfying the needs of the economy on a year by year basis,” said BMPA CEO Nick Allen.

“We have been struggling for some time to find enough staff, particularly workers from the UK. We definitely have jobs that need filling.”

Meanwhile, the BPC warned that the proposed methodology of skill and salary thresholds would hit its sector the hardest.

MAC’s report suggested those coming to the UK for “fishing and other elementary agriculture occupations” should not be considered for residency as these were “low-wage positions that require little training”.

“It will make it complicated for poultrymeat producers to recruit the what we consider to be ‘skilled’ labour, which the Home Office doesn’t define as ‘skilled’,” said a BPC spokeswoman.

“We run the risk of creating a two-tier food system where we end up importing food produced to lower standards. Only the well-off will be able to afford British produce.”

Elsewhere, the growing sector emphasised the need for a nuanced immigration system that allowed seasonal migrant labourers to come to the UK, something the report acknowledged.

“The majority of workers involved in fresh produce are not coming to the UK looking for permanent residency,” said British Growers Association CEO Jack Ward.

“The Seasonal Agricultural Workers Scheme is so important because that will fulfil a significant part of our requirement. It recognises there’s a need for people to come here, do a job and go home again.”