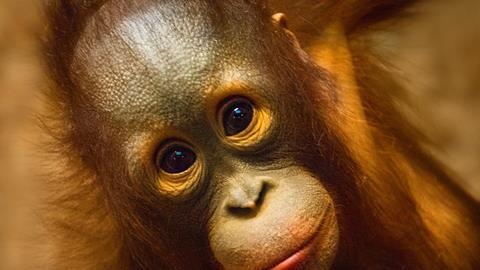 How Kellogg’s is shaking up its global palm oil strategy

It read: “The numbers of orangutans that are being killed and orphaned every year are being increased by companies who want cheap palm oil - and it has to stop now!”

In response, the breakfast giant published an update to its Global Palm Oil Strategy, pledging to “work toward sourcing 100% RSPO physically certified palm oil by the end of 2025”. It marks the first time Kellogg’s has set a deadline on sustainable palm oil.

So, what steps is it taking? And why?

“We’re not one of the world’s biggest users. Statistically, I think we use 0.1%,” Kellogg’s European social responsibility manager Bruce Learner told The Grocer.

Nevertheless, Asha, 12, and Jia, 10, chose to target the cereal maker due to its work with school breakfast clubs and food redistribution charities, he adds. “They said, ‘You clearly care about society and communities, so you should be doing better at this.’”

Kellogg’s announced its updated palm oil policy after three meetings with the Kirkpatrick sisters. But it didn’t come entirely as a response to the girls’ petition, Learner insists. “We’ve been on this journey since 2009. The interest the girls generated just underlined how important it is.”

The number suggests Kellogg’s “is well on its way to achieving the 100% target in 2025, and it might achieve it sooner”, claims Paula den Hartog, sector lead for palm oil at Rainforest Alliance.

In the UK and western Europe, Kellogg’s palm oil is already 100% segregated, meaning it’s from certified sources kept separate from other oil in the supply chain.

But elsewhere in the world, Kellogg’s uses mass balance - certified palm oil that is mixed during the supply chain with other oil that may or may not be certified.

Like a number of other big fmcg suppliers, the US cereal maker does not use the most ethical type of palm oil, known as identity preserved. That’s oil from a single, identifiable, certified source that is kept separately from ordinary palm oil throughout the supply chain.

And, of course, 25% of the breakfast giant’s total palm oil supply is not physically certified at all.

Instead, Kellogg’s buys RSPO credits that are an investment in the sustainable oil market, claimed to offset potentially unsustainable palm oil usage.

The credits “are a very good way to stimulate the production of more sustainable palm oil both by independent smallholders and plantations owned by mills” den Hartog says.

“This ensures certified producers are receiving an incentive for their efforts and encourages more producers to implement more sustainable practises and become certified.”

Regardless, Kellogg’s commitment will see it phase out the credits by 2025, and focus on segregated oil. In areas where there is no demand for it, such as the US, Kellogg’s will use mass balance while working with palm oil suppliers and fellow manufacturers to encourage interest in segregated.

A potential obstacle lies in segregated’s higher price - which will incur increased costs for Kellogg’s, Learner says. He’s tight-lipped about the actual amount the company expects to spend.

Whatever size the investment, the WWF believes it is meaningful. Last month, the organisation slammed some of the UK’s biggest suppliers for failing in their commitments to eliminate unsustainable palm oil from their supply chains after “a decade of promises”.

“As a powerful, global brand, it matters that Kellogg’s is stepping up its commitment by sourcing 100% sustainable palm oil for their global operations,” says WWF head of food commodities Dr Emma Keller.

However, she insists Kellogg’s “can do much more to be real leaders in driving transformation in the palm oil sector and in helping to make sustainable palm oil the norm”.

“As well as cleaning their supply chain, we want them to support smallholder farmers on the ground and restore areas previously damaged by unsustainable palm oil production.”

That is exactly what Kellogg’s intends to do, Learner says. As part of its revised Global Palm Oil Strategy, it will help smallholders in palm oil producing countries to operate more efficiently.

“Forty per cent of global palm oil is grown by smallholders,” according to Learner. However, their yields “are roughly half of the big producers. If you can help someone improve their yields, they’ll need less land and won’t need to think about clearing,” he adds.

Kellogg’s will work with NGOs and local authorities on “education, investment and sensitive intervention by people who understand the culture. It’s an approach that WWF is advocating.”

The plan “is a good way of [Kellogg’s] taking responsibility for the transformation of the entire industry, rather than limiting themselves to only their supply chain” den Hartog believes.

It will operate alongside stricter sanctions by Kellogg’s of its palm oil suppliers found to be operating unethically. Previous policy was to suspend use of the offending mill. Now, banning the mill “and everything the company that owns the mill is doing” is on the cards, Learner says.

In spite of the tougher approach, Kellogg’s hasn’t impressed everyone. In the company’s US homeland, Greenpeace senior palm oil campaigner Diana Ruiz says the supplier’s new palm oil plan “acknowledges its failure in making transparency a requirement for all of its suppliers. This is still another policy with no serious enforcement.”

She accuses Kellogg’s of gaining publicity by acting “as if another long-winded policy commitment would save the world” instead of making more meaningful change.

And he is keen to stress the recent change in the narrative from “palm oil is bad, to bad palm oil is bad and good palm oil is ok”. Food and drink “should not be not using palm oil; we should be looking at how to make it sustainable”.

Production “provides work for thousands of people”, Learner points out. “And it’s a very efficient product” that uses “four to 10 times” less land to produce than other vegetable oils.

Kellogg’s will be hoping its revamped palm oil commitment is just as effective.