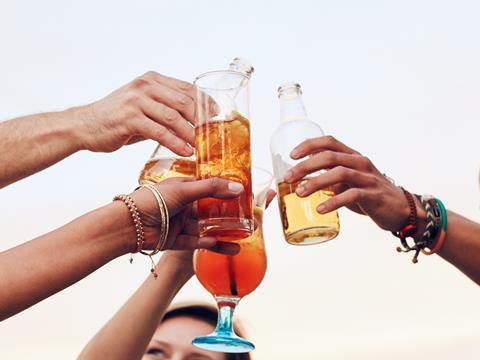 The food and drink industry has canned its campaign against the soft drinks sugar levy after giving up hope of a government u-turn.

Sources told The Grocer this week the campaign had been effectively wound up, having originally been launched as a broad alliance backed by more than a dozen trade associations in August.

The final nail in the coffin came as the Treasury this week published draft legislation for the Soft Drinks Industry Levy, buoyed by the support of a string of leading supermarkets, which admitted this week they had backed the plans in a confidential consultation run by the government.

“The Can the Tax campaign has gone down now almost to non-existence,” said one leading industry source involved. “The Treasury has made it clear it is not for turning and you could say the writing was on the wall when the original childhood obesity strategy was reduced from over 30 pages to nine and the only real policy in it was the sugar levy.”

Companies representing thousands of businesses across the UK had called on PM Theresa May to ditch the levy, claiming it would do little to tackle obesity but would lead to higher prices for the public and thousands of job losses.

Organisations involved in the campaign - dubbed Face the Facts, Can the Tax - included the British Soft Drinks Association, the FDF and the NFU. But it also had the backing of wholesalers, packing companies, off-licences, pubs and c-stores. One of its key messages came from a report by Oxford Economics, commissioned by the BSDA, which claimed the levy would lead to a loss of over 4,000 jobs and a £132m decline in economic output.

The Treasury claimed this week that despite overwhelming opposition from suppliers, it had received support from 73% of retailers.

The Grocer can reveal that Asda, the Co-op and Sainsbury’s all said they were in favour of the measures, due to come into force in April 2018.

“We welcome the government taking steps to improve public health and the impact of the new tax on buying behaviour will be closely watched by ourselves, the industry and campaigners alike,” said a Co-op spokeswoman.

A Sainsbury’s spokeswoman said: “This is a step in the right direction but we’ve been clear that tackling one nutrient alone will not solve the obesity problem. We continue to call on the government to widen the agenda beyond sugar and to include the food and drink industry as a whole - including takeaways, restaurants, food manufacturers and all grocery retailers.”

An Asda spokesman added: “We have been calling for some time for industry-wide sugar targets - across a range of product categories - to reduce sugar and deliver meaningful change to the nation’s diet without increasing prices for our customers, We already have an ambitious reformulation strategy in place to remove sugar, as well as salt, calories and saturated-fat, from our own-brand products across a wide range of categories, without compromise to quality, and we publicly report on our progress. In January 2015 Asda announced a new voluntary commitment to reduce the added sugar in a wide range of our soft drinks by 22%, equating to 814 tonnes of sugar and 3.25 billion calories removed from the food chain each year. This significant commitment was successfully delivered in full by May last year.We remain committed to building on this progress and delivering our ambitious reformulation strategy.”

Tesco said it had told the government in its consultation response that the decision was one for ministers.

However, the retailers were slammed by BSDA director general Gavin Partington. “They should be explaining to their customers why at a time when there is huge concern over the possibility of inflation they support a policy that is going to put prices up,” he said.