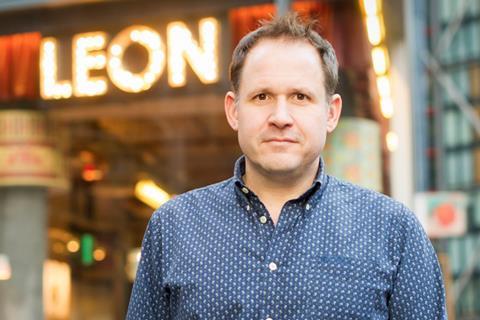 National Food Strategy reviewer Henry Dimbleby will call on Boris Johnson to impose new taxes on junk food in addition to the soft drinks sugar levy, after describing Covid-19 as a “wake-up call” for further action to tackle the obesity crisis.

Dimbleby published the initial report of the strategy today. It attacks the “misleading packaging” he said was “rampant” in the food industry as well the heavy promotions of high fat, salt and sugar (HFSS) products in store.

But while Dimbleby strongly backed moves announced on Monday in the government’s Obesity Strategy – such as the proposals for a 9pm watershed on TV advertising and a supermarket promotions ban for HFSS products – the Leon restaurant chain founder said he would be looking at how it could go further by increasing the scope of fiscal measures.

Dimbleby, whose report says poor diets are “almost as deadly as smoking”, praised the impact of the soft drinks levy, which he said had “led to innovation, not increases in prices”.

He added: “I think that there are ways that we could use taxation to make products healthier without putting prices up.”

He said he was to commission research looking at “how we can use taxes to change formulation of food”.

Many of the proposals in today’s report focused on how to improve the diets of children, who Dimbleby said faced being “left behind” in the recession facing the UK because of the coronavirus outbreak. The strategy proposes expansion of free school meals to cover every child from a household on Universal Credit, as well as the expansion of holiday activity and food programmes.

It also calls on the government to increase the value of Healthy Start vouchers to £4.25 per week and expand the scheme to pregnant women and households with children under four.

Dimbleby announced that he had been in talks with supermarket bosses to get them to provide match funding for the expansion in the form of free fruit & vegetables for such groups, with Waitrose and the Co-op already agreeing to the move.

He said: “I’ve spoken to the CEOs of all the major supermarkets and convenience stories. Co-op and Waitrose have already said they are prepared in principle and almost all of the others have said they would continue discussions into the autumn.”

This recommendation would strengthen the nutritional safety net for low-income households, providing vouchers that can be used to buy vitamins, fruit, vegetables and milk.

Dimbleby sad the scheme would see an additional 290,000 pregnant women and children under the age of four benefit.

However, elsewhere the report was highly critical of supermarkets and suppliers, which Dimbleby accused of making serial false claims about the nutrition of their products.

One example, he said, were Percy Pig sweets, sold at M&S, which he said were deliberately marketed “right by your kids’ little fingers”.

“’No artificial colours or artificial flavourings’” trills the packaging,” the report says. “How many parents take the time to check the ingredients list? If they did, they might (assuming they know how ingredient lists work) be agog to find that the three largest ingredients by weight are glucose syrup, sugar and glucose-fructose-syrup. I single out Marks & Spencer here, not because it is the biggest sinner, but because it is such a well trusted company. A British institution, M&S has the pledge ‘we always strive to do the right thing’ as one of its guiding principles. If M&S – which is a great deal more scrupulous than many food companies – is guilty of such trickery, you can be sure the practice is ubiquitous.”

The report also says Brexit gives the UK a “once-in-a-lifetime opportunity” to decide what kind of trading nation it wanted to be.

The report calls on the government to introduce a “good level of scrutiny” to ensure trade deals are based on ensuring animal welfare, reducing climate harm and meeting high standards of food quality, including new measures to allow all trade deals to be scrutinised by parliament.

The government should only agree to cut tariffs on products that meet the UK’s “core standards” it says.

The report also calls for a “New Green Revolution” in food, urging the government to be bolder on sustainability and accelerate its ground-breaking Environmental Land Management scheme.

Part two of the report, promising a root-and-branch examination of the food system, is due to be published next year.