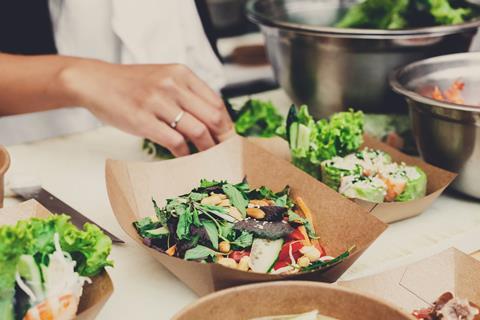 It’s been a confusing 12 months for UK food advertisers.

First, there was the proposed ban on junk food TV advertising before the 9pm watershed. Then there was the announcement of more sweeping measures to obliterate online junk food advertising in the UK. Just a few months later, relief swept the food and drink industry following rumours of a government climbdown, only for those rumours to quashed as the ban surfaced within the May 2021 Queen’s Speech.

To say that these ad bans have met with a mixed reaction would be an understatement. Food and drink industry reps, hospitality spokespeople, independent think-tanks and even health campaigners have voiced concerns over the proposals. These have ranged from questioning the resultant impact on our waistlines to highlighting damaging unintended consequences such as cash-strapped pubs being unable to post their menus on social media.

And yet, on the flip side, the UK public is broadly supportive of the measures, which would extend to all foods and drinks that are high in saturated fat, sugar and salt. People are three times more likely to support the bans than oppose them.

The war against junk food is gaining momentum, fuelled by genuine support from an engaged public paying ever closer attention to health, ethics and environmental concerns.

This is not merely the preserve of the liberal elite. One-third of the UK population is experimenting with flexitarianism. Asda recently reported a 175% year-on-year increase in vegan searches on its website. Make no mistake, our culture is shifting. Consumers’ tastes and preferences are evolving. And as food delivery represents the industry’s fastest-growing segment globally, this is the focus area for rethinking our approach to menu creation and preparation.

There is one undeniable way to avoid the impact of the bans, and that’s for restaurants, takeaways and other kitchen operators to reconfigure their online delivery menus and serve up items that won’t fall foul of the new ad regime.

There are already thousands of established healthy eating and plant-based food manufacturers working hard to create delicious products and meals that are better for our health and better for the planet. New brands appear every week, and it’s surprisingly easy to licence these brands for online delivery.

One of the main reasons why sceptics of the junk food ad bans are so concerned about unintended consequences is that our restaurant and hospitality sector still struggles to think outside the traditional ‘one brand one kitchen’ mentality.

Yes, a pub with a single menu of classic British dishes might soon be prevented from advertising its menu online. But supposing the same pub offers multiple menus – one for on-premises custom, one for its online advertising, and several others purely for use via delivery platforms like Uber Eats and Deliveroo?

Few establishments do this right now because they struggle to envisage how a single kitchen could serve up multiple menus at once. But, in fact, it’s easy – providing you have the right technology in place to run the kitchens more efficiently. You don’t need to hire more staff or bring extra expensive equipment, it’s simply a case of reconfiguring how the kitchens are run.

The result is a far more profitable way to operate – one that gives kitchen operators total flexibility over which brands and menu items they serve on-premises versus those that are delivery only. Rather than protesting the junk food ad bans, these kitchen owners can pivot their online marketing and social media campaigns to emphasise the menus that don’t contain large quantities of sugar, salt or saturated fats.

Whether you think that the government’s intervention is much-needed or heavy-handed, the proposed junk food ad bans will force kitchen operators, hospitality venues and food and drink advertisers to fundamentally change their promotional tactics online.

So rather than battling against the tide, perhaps it’s time for those in food production and distribution to get on the healthy eating bandwagon and embrace the shift in our culture, for everyone’s benefit.