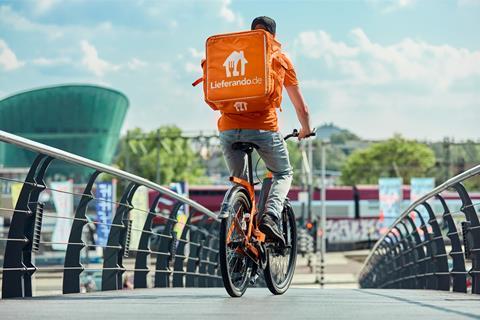 The Competition and Markets Authority (CMA) has cleared the £6.2bn merger between Just Eat and Takeaway.com.

The authority said after reviewing “large volumes of the two companies’ own internal business documents” it was convinced there was “no material likelihood” Dutch firm Takeaway.com would have re-entered the UK market had the merger not gone ahead.

The CMA’s investigation into the merger – which followed a monumental takeover battle – is understood to have come as a shock to the two companies when it commenced in January.

The authority had “reconsidered its position”, Just Eat said in a statement at the time. Takeaway.com said the action had happened “unexpectedly”.

The CMA was concerned that given there are “only a small number of companies that act as the middle-man between restaurants and customers”, Takeaway.com re-entering the UK market it abandoned in 2016 “could have given UK customers more choice – and possibly better value for money or quality of service – when deciding what to order”.

But “after interrogating how this deal is likely to affect the UK market, we are satisfied that there are no competition concerns”, said Colin Raftery, senior director of mergers at the CMA, today.

“Millions of people in the UK use online food platforms for takeaways and, where a merger could raise competition concerns, we have a duty to rigorously investigate whether customers could lose out. In this case, we carefully considered whether Takeaway.com could have re-entered the UK market in future, giving people more choice. It was important we investigated this properly, but after gathering additional evidence which indicates this deal will not reduce competition, it is also the right decision to now clear the merger,” he explained.

The decision comes a week after the CMA provisionally cleared Amazon’s investment in Deliveroo, after being told the food courier company could go bust without it.