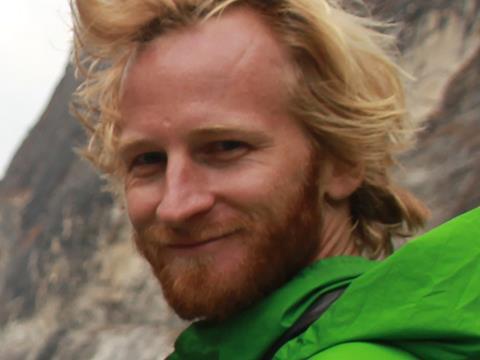 What was your first job? Cleaning cars - I would cycle around the local villages with a bucket and sponge, knocking on doors with an enthusiastic grin. I bought my first hi-fi with the profits!

What’s been your worst job interview? At Innocent Drinks I was asked why manhole covers are round - it flummoxed me but eventually I came up with a string of answers, none of which were correct! Luckily the job didn’t hinge on that question.

How do you describe your job to your mates? I sell sap.

What is the most rewarding part of your job? Constantly meeting and working with amazing people.

What is the least rewarding part? Sampling at a trade show for eight hours a day for three days back-to-back, then dismantling it.

What is your motto in life? Don’t be afraid to be different, be entrepreneurial and have faith in your abilities.

If you were allowed one dream perk, what would it be? A two-hour, five-course breakfast every single day.

Do you have any phobias? Not making the most of life.

If you could change one thing in grocery, what would it be? Packaging - it’s pathetic how overpackaged food is.

What luxury would you have on a desert island? A spile for tree tapping!

What animal most reflects your personality? Giraffe - I’m tall with a long neck and sometimes feel gawky and awkward.

What’s your favourite film and why? Cool Runnings - a hilarious feelgood film with some great life lessons.

What has been the most embarrassing moment in your life? When I was 15 on an exchange in Spain, I stayed with an elderly couple and managed to slip in the shower, grabbing on to the shower curtain and pulling the entire rail out of the wall. The lady came bursting in to find me on the floor, naked, surrounded by rubble - I couldn’t understand much but I don’t think she was particularly amused.

Which celebrity would you most like to work with and why? Obama - because he’s the coolest man on earth! He also likes coconut water, so I’m sure he’d like birch.

What would your death row meal be? My mum’s Thai green curry.